More and more in banking, it’s technology that matters. The new challenger banks are actually known as “fintechs”, financial technology companies, rather than banks – and this is understandable. It’s widely believed in some circles that companies such as Starling, Monzo, Revolut et al have managed to achieve large numbers of signups principally because they were first to automate the process of opening a bank account. What used to involve a physical visit to a bank office with a sheaf of annoying documents, followed by a lengthy wait, is now a matter of a few minutes on one’s smartphone.

Such an automated process is, of course, simply a matter of handling data. The more advanced data processing becomes, the more often it tends to be called “Artificial Intelligence”, or AI.

For many bank customers, the most visible use of AI in banking is friendly chatbots, of the sort which have helped the challenger fintechs offer a decent user experience without any customer-facing staff. This can be an almost complete solution, with China’s WeBank reporting that 98% of all customer inquiries are dealt with by bots. But beyond the customer experience, AI can galvanise banks old and new, cutting costs and improving margins.

The key factor is establishing banking’s biggest asset in the fight against fintech: data, the sort which all established banks have a lot of and which many a startup would love to have. “Incumbents are digitally transforming. Their scale and resources give them a huge advantage over fintechs, allowing them to catch up fast,” Danyaal Rashid, analyst at GlobalData, tells Verdict. 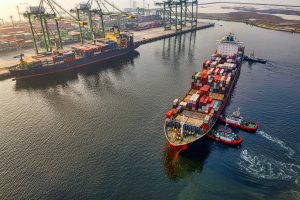 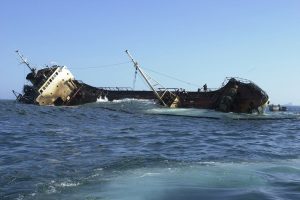 Banks are already investing fast in artificial intelligence solutions, with banking scoring the highest of any sector for AI adoption according to a recent GlobalData report on AI in banking. Leading adopters of the tech include Ant Group, Goldman Sachs and Santander, with usual suspects Microsoft and Amazon found among the vendors. It can be argued that established banks are playing technological catch-up with fintechs, which from the get-go have been cloud-native and incorporated snazzy digital tools. The data the incumbent banks have built up on their large and long-established customer bases, however, could quickly close that gap if it is used as part of an AI strategy.

Once the tech gap is closed, the challenger fintechs may not be all that hard to beat. Some of their business models, after all, have long been something of a mystery to many commentators. Business journalists at the Telegraph have called the fintech banks “little more than struggling current account providers with jazzy apps”, and the Financial Times has noted the disastrous performance of many fintech banks during the pandemic, saying “the idea that the likes of Monzo and Revolut can do anything banks can do but better is crumbling”. Rashid agrees, saying that “whilst fintechs have had the initial technological advantage over incumbent banks, they must continue to innovate and expand their product offering beyond (simply offering) basic account features.”

There is better technology out there than apps. Ant Group and its MyBank brand provide a good example of the possibilities made available by AI to banks. The digital-only MyBank is similar to Tencent’s WeBank in that it’s arguably a halfway home of sorts between a “tech-driven bank or a licensed fintech,” as aptly put by some commentators.

By 2019 MyBank had pioneered the ‘3–1–0 model’, a business loan that takes less than three minutes to apply for, less than one second to approve, and requires zero human intervention. When applied correctly, AI can help to reduce the time taken to approve a loan and ensure that loans are more robust, by reducing the non-performing loan ratios.

MyBank is not the only example of automated loan decisions. Another is British Business Bank (BBB), provider of finance to businesses through its subsidiary The Start Up Loans Company. Wanting to accelerate loan approvals by further automating the assessment process, and greater operational control over its risk management workflows, BBB adopted Temenos AI. Using Temenos’ Explainable AI (XAI) platform, BBB developed a predictive model which analysed loan applications and assessed the likelihood of defaults.

BBB used historical data from its existing customers to train the predictive model and identify key factors that led to missed repayments. New banks without a past history can’t do this sort of thing: getting hold of a large labelled data set for training purposes is one of the great problems in implementing AI.

Now with AI fully deployed, BBB says it can complete risk scoring 31% more accurately than leading credit bureaus. The bank has successfully reduced its exposure to risk, eliminated time-consuming manual working, and increased its pass rate by 20%. Explainable AI also allows the bank to explain to customers  –  and regulators  –  how loan decisions have been taken.

With great data comes great responsibility. Banking data is some of the most sensitive and private data there is, and subject to intense regulation. It is imperative therefore that banks take control of this data, and AI can help protect against ever-evolving cybercriminals.

Banks like DBS and Danske have already incorporated machine learning (ML) into their security systems. The latter’s case was a story of fighting fire with fire, the bank having struggled to combat advanced cybercriminals who had access to ML technology of their own. Digital transition played a role in the problem, showing what can happen when banks expose their attack surface area without adequate safeguards.

Danske was struggling to achieve just a 40% fraud detection rate, and had around 1,200 false-positive alerts a day. Managing false positives in banking security is a massive issue: Monzo in particular has come under fire for freezing the accounts of its customers, often for weeks at a time, because automated software has seen signs of potential criminal activity and there are not enough human staff to to keep up with the backlog.

The Danske Bank case ultimately shows how AI can help reduce such problems. Deep learning systems helped reduce false positives by 60%, and there was also a 50% increase in detections of true fraud. These improvements allowed the bank to focus more resources on cases of actual fraud, strengthening its security, and reduced inconvenience to legitimate customers.

While the likelihood of a fully-automated workforce has been debated elsewhere, the positives of freeing up staff thanks to AI can’t be overstated; in this case, less employees dealing with false positive alerts means happier customers and more staff dealing with genuine fraud. Nor can cost reductions through AI be ignored, as shown by Tencent’s WeBank brand average IT operating cost per user of $0.50 per year. Most incumbent banks have costs from six to 30 times that figure.

Whether it’s called fintech or banking, the business of handling money is all about people and their data.

If the data is handled and analysed correctly, people can open accounts, deposit and spend money, and navigate bank systems easily. When they apply for loans, the right people are approved and the wrong ones declined: and there is transparency for both them and regulators as to why. When thieves try to steal money or use banks for fraud, good security methods will detect this, prevent it, and inform the proper authorities and third parties.

That’s banking: like most businesses today, it’s a data business. The best data methods today, very often, make use of AI technology. So will the best banks.