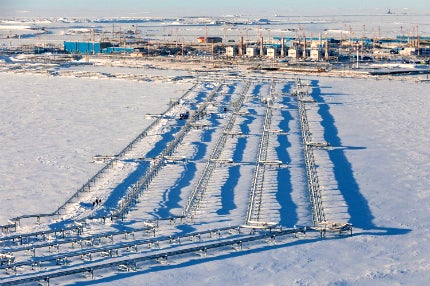 The vessel was attacked 900 miles east of Mogadishu, Somalia, in the Indian Ocean, while it was sailing from the United Arab Emirates to Kenya.

Pirate attacks increase in the Gulf of Guinea

A wider range of ship types are being targeted, according to a global piracy report by the International Chamber of Commerce’s (ICC) International Maritime Bureau (IMB ).

Shipping can cut down its impact on the environment through the adoption of new propulsion technologies, according to a report by the UK’s Royal Academy of Engineering .

However, the report found that no single solution would comply with the requirements of all vessels and suggested adapting current technologies, while carrying out research to develop new systems specific to maritime propulsion.

Under the agreement signed between Yamal LNG and DSME, the South Korean shipbuilder will build, launch, equip, complete and deliver the ice-class LNG carriers.

The agreement also finalises the preliminary prices of the tankers and the timing of their launch and delivery.

DSME will also be responsible for optimising the hull design of the vessels and conducting model tests to enhance the overall performance of the tankers.

Edison Chouest Offshore (ECO) has announced that it will build 40 new vessels to meet growth in the offshore oil and gas support sector in the Gulf of Mexico, the Arctic and Brazil.

The new-build programme also includes an option for an additional 20 units of the same PSV.

Each of the drillship is expected to cost less than $600m, including project management, drilling and handling tools, spares, capitalised interest and operations preparations.

Scorpio Bulkers has signed agreements with three Chinese shipyards for the construction of a minimum of 11 and up to 14 ultramax vessels.

The vessels will range from 61,000dwt to 64,000dwt and will be designed for the transportation of dry bulk commodities.

The ships, most of which are scheduled to be delivered throughout 2015, are priced at around $27m each.

IHC Merwede shipyard in the Netherlands will be responsible for the construction of the new vessels, which will be similar to Subsea 7’s 550t pipe-laying vessel, Seven Waves.