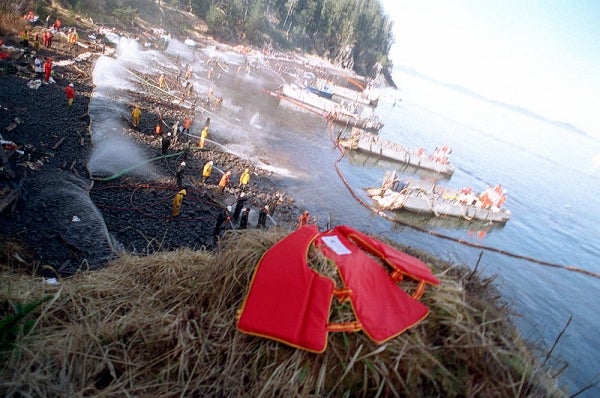 Following on from its predecessor Horizon – a €3.4m European Commission-funded study into fatigue at sea – Martha was awarded $1.5m by the TK Foundation in Nassau, Bahamas, to continue the research and pilot some of the recommendations made by experts at Solent University’s Warsash Maritime Academy and the Stress Research Institute at Stockholm University .

Martha will evaluate the effectiveness of fatigue risk management systems (FRMS) using a fatigue prediction model and appraise the efficiency of FRMS through a shipboard study. The computer-based system offers a ‘do-it-yourself’ watch system facility that helps users predict the most likely times for drowsiness to occur.

As director of research and enterprise at Southampton Solent University’s Maritime & Technology Faculty, Barnett says Martha could run between four to six months as the project needs to partner with a volunteer shipping company where individual seafarers can be assessed for the length of their tour duty.

“As I speak we don’t have a shipping company on board yet, but that is our next step,” Barnett says. “This morning we were discussing what we would measure and how, such as subjective measures of tiredness recorded once a week and then transmitted; we haven’t finalised all the details yet.”

During Project Horizon – one of the outcomes of which was the production of the prototype fatigue prediction model – a total of 90 volunteers, all experienced deck and engineer officers, were recruited to undertake simulated voyages. It examined the effects of two of the most common watch keeping patterns, six hours on, six hours off (6/6) and four hours on, eight hours off (4/8), using a range of methods, including Actiwatches (activity measurement devices), performance tests and electrodes to record brain activity.

In the last few decades, the effects of seafarer fatigue have been gradually catching more attention in the shipping industry. According to Horizon’s research documentation, marine insurance statistics showed “human error” to be the “key contributory factor in around 60% of accidents”.

“The international ship management association, InterManager, is helping the consortium find volunteers to participate in the project.”

Various high-profile incidents illustrate the health and safety risks associated with seafarer fatigue. An investigation by the US National Transportation Safety Board into the Exxon Valdez tanker disaster in 1989 found that the watch keeper had only had five or six hours of sleep. The size of the crude oil spill remains disputed – somewhere up to 750,000 barrels – but it is considered one of the most devastating environmental disasters caused by human error.

Awareness of fatigue as a problem is increasing in the industry, according to the UK’s Nautical Institute. The organisation surveys its members every five years and reports that the inter-related issues of fatigue and manning levels have topped the list of their concerns in the last two surveys.

The institute believes the cause of many casualties is down to “the lack of sufficient watch keepers to handle the level of work and demanding schedule of the ship”. It highlights coastal trade as being particularly vulnerable “where the two watch system with only a master and a mate as watch keepers is still favoured by ship owners in a number of countries, especially in Europe”.

It states that attempts to change the system have been “blocked”, despite the institute insisting that the practice is “intrinsically unsafe and that ships will continue to run aground or have collisions due to the fatigue of officers”.

“Marine insurance statistics showed “human error” to be the “key contributory factor in around 60% of accidents”.”

“The problem at the moment really is that fatigue at sea is, within the current regulations, rather accepted as part of the job,” says Barnett, adding that Martha is freely downloadable at www.project-horizon.eu for planners to manage watch schedules, but that the current project will evaluate the most effective ways of implementing it.

The project strongly recommended the implementation of FRMS as well as its fatigue prediction model, but Barnett says a more transparent system of fatigue reporting is needed for the model to have any benefit. “It’s a bit like accidents and near-miss reporting,” he says, “you really need some sort of transparent, open system where people actually say what is going on”.

Other elements that should support the prediction model to make it a successful and effective anti-fatigue tool, he says, include a “cultural awareness programme so you’re training both the seafarers themselves and the managers in the importance of fatigue mitigation”, bringing a training element into the solution.

“The project strongly recommended the implementation of FRMS as well as its fatigue prediction model.”

Of course he hopes this is the response he will get from his next set of volunteers during the partnership with a shipping company, but he says the process will be different this time. They will likely have to wear an Actiwatch for short periods, but no “wiring up” will occur, like in project Horizon.

Providing training is one of the ways in which the team can immediately help the shipping company that is chosen to partner with Martha. “As well as giving us data, we will be offering them distance learning training on fatigue, so their knowledge will be growing and they will also gain from the experience,” he says.

“I think there’s a growing acceptance that this is a problem they’re going to have to deal with,” he says. “It’s very early days, and it might take another 15-20 years before things really start to change, but as an academic it’s a part of our business to try. We are trying to find answers, and it may well be that fatigue risk management, as a properly applied system, will offer some help.”