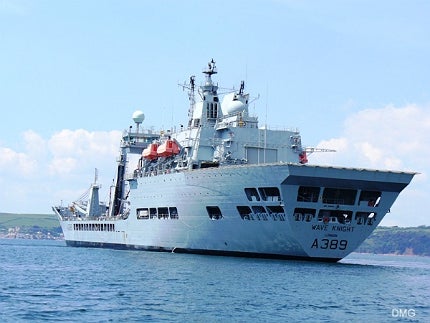 This month sees the continuation of a general downwards trend in the number of piracy incidents in the East Africa and Indian Ocean region, but sea-goers are being cautioned to remain vigilant.

General unrest in Egypt is having a negative impact for vessels transiting the Suez Canal and the increased violence in the Sinai is a cause for concern. It was revealed this month that marine piracy cost the global economy an estimated $6bn last year.

Piracy continues to blight areas around the Niger Delta – a US Navy intelligence report revealed at least 55 instances of kidnappings, shootings and boardings for the first half of 2013.

Despite enjoying a recent surge in crude oil production, Nigeria is also seeing a slump back to 2009 levels, mainly due to rising incidence of oil theft. Reports also indicate that rich Nigerians are increasingly becoming the target of militants, taking the place of usual targets like foreign oil workers.

“In another sign that Egyptian authorities are taking the Suez Canal’s security seriously, they have banned fishing in the waterway.”

Piracy attacks have fallen to just ten this year thanks to various navies engaged in anti-piracy operations, compliance with Best Management Practices and use of professional security teams on board vessels. But the International Maritime Bureau (IMB) has urged Masters not to be complacent, as they transit the Arabian Sea and the Gulf of Aden, especially as the monsoon in the north-west Indian Ocean subsides. The IMB say vessels must remain alert and apply BMP and reporting requirements as they transit the area.

Meanwhile, the on-going political crisis in Egypt has been affecting vessels transiting the Suez Canal. Sources within the Egyptian Army say that a network of motion sensitive cameras will be installed along the 190km canal, to monitor and secure ship convoys.

The cameras will be equipped with night vision and set up three kilometres deep from the waterway, ensuring no one will be able to pass through undetected. In addition, there will be a central operations room and aircraft equipped with high-tech cameras to support canal security operations.

In another sign that Egyptian authorities are taking the Suez Canal’s security seriously, they have banned fishing in the waterway and restricted a number of ferries transiting the area. A total of 36 ferries had been told they cannot use the canal, but the number of ships using the canal overall continues to be robust.

This is happening alongside wide-scale military operations carried out against militant strongholds in the northern Sinai Peninsula. This includes the foiling of a planned attack by Salafist group Ansar Bayt al-Maqdis, which planned to attack vessels with RPGs.

Elsewhere, UAE’s foreign minister Shaikh Abdullah bin Zayed Al Nahyan said much has been done to tackle the problems of piracy off the coast of Somalia, but more needs to build the capacity of Somalia’s security apparatus. In a statement issued ahead of a two-day counter-piracy conference in Dubai, Shaikh Abdullah said maritime piracy remained a threat to regional security and global commerce.

An official from the US State Department praised the UAE for taking the lead in counter-piracy but said other countries should share the burden.

Crude oil theft is creating big problems across the Niger Delta and is one of the main factors behind the recent slip in oil production.

After a brief period of stability and a production level topping two million barrels/day, production has now dipped back to 2009 levels. Back then, crude production hit a 20-year low at 1.5m barrels/day, after a prolonged period of attacks on pipelines and the kidnapping of foreign oil workers. An ex-Niger Delta militant, Ebikabowei Victor Ben aka Boyloaf, alleged this month that between 75 and 80% of crude theft was perpetrated by the Nigerian Joint Task Force.

“Crude oil theft is creating big problems across the Niger Delta and is one of the main factors behind the recent slip in oil production.”

A US Navy intelligence report this month revealed that in the first half of 2013 there were nine cases of hijackings, in addition to 55 instances of unauthorised vessel boardings, vessels fired upon and kidnappings. Nigeria’s minister of petroleum resources, Mrs Diezani Alison-Madueke, said all measures would be taken to safeguard oil assets and free passage of oil bearing vessels in the Gulf of Guinea. Reports also indicate rich Nigerian businessmen, prominent academics and even footballers are becoming increasingly vulnerable to militant kidnappings.

The Nigerian Port Authority has reported an increase in the number of foreign vessels berthed at Nigerian ports in the first half of 2013. This comes despite the country’s continuing incidence of pirate attacks. A total of 2,427 vessels are berthed at Nigerian ports, according to the NPA, which saw a ten percent increase in the Gross Registered Tonnage across most ports. This may cast doubt on claims that Nigerian waters are unsafe, which contribute to high insurance premiums being levied by international companies.

In other news, on 5th September the Cameroon Navy began a one-week military drill called OCTUPUS 2013 off the coast of Limbe, near Mabeta. The exercise involved officers, sub officers and sailors, with an objective to destroy a haven for pirates in the locality and capture them, while also identifying stocks of arms hidden in the locality and neutralising any threat from pirates at sea.

Both navies used the exercise to improve understanding of how the other operates in common aspects of naval warfare. Australia and Malaysia have been conducting the exercises since 2002 and are an important part of the Royal Australian Navy’s exercise calendar.

In the Caribbean, fast fleet tanker RFA Wave Knight gave chase to a suspicious fishing vessel, whose crew began tossing their cargo overboard at the site of the Royal Fleet Auxiliary vessel.

Once it boarded ‘Miss Tiffany’, the crew discovered £64m worth of cannabis and an estimated £3m which was thrown into the sea. The 1.2t of cannabis was recovered with the help of the US Coast Guard and it is thought the total value of the load was around £9m.

Spain’s National Court jailed six Somali pirates accused of trying to kidnap the crew of a Spanish fishing vessel in the Indian Ocean on 10th October, 2012. The ‘Izurdia’ tuna-fishing vessel was sailing 350 miles off the coast of Somalia, East Africa, at the time of the attempted kidnapping.

The pirates opened fire on the fishermen with guns and grenades, at which point the on-board security guards put their safety procedures into practice, including a security barrier which was raised around the vessel. A Dutch Nato ship, in the Indian Ocean to conduct counter-piracy operations, found the pirates the next day and sent two helicopters to apprehend them.

The Royal Navy has taken charge of Combined Task Force 151, a multinational naval task force set up to combat piracy off the coast of Somalia and the Gulf of Aden, for the first time.

Royal Fleet Auxiliary ship Fort Victoria will serve as the command ship for the duration of the Royal Navy’s tenure of command. Combined Task force 151 is currently comprised of ships from the US, Pakistan, Turkey, South Korea and Australia and will be under the overall command of Cdre Jeremy Blunden.

In the UK, a former Special Forces soldier is running a new course in maritime security, which will give security personnel new skills to combat pirates armed with AK47s and RPGs. The Marine Security Operative course is accredited by City and Guilds – a leading UK vocational education organisation – and aims to improve standards across the industry. The course is run by Ray Quarrie, a former member of the Special Boat Service, who says standardisation is needed in an industry which attracts predominantly ex-forces personnel.

The digital shipyard: robotics in shipbuilding

Automated technology and robotic systems are as big a part of modern shipbuilding as many other manufacturing industries.