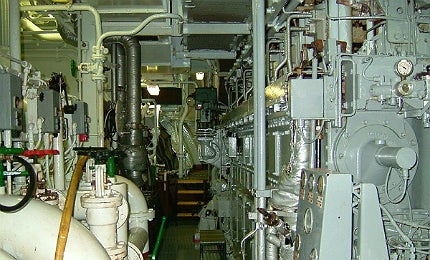 Biofuels, aided through investment and industry’s increasing desire to become environmentally-friendly, have developed substantially since the first generation of bioalcohols and biodiesels began to appear in the 1990s. Despite the clamour to reduce carbon footprints, work towards the increasing use of biofuels seemed to disregard efficiency.

The US Navy, one of the principal biofuels converts, having invested significantly in their development and lauded missions including its Great Green Fleet, was forced to acknowledge that the use of biofuel was not economically-efficient following opposition to the programme in 2012. With biofuels costing roughly four times more than conventional fuels, the House Armed Services Committee placed a blanket ban on alternative fuels that cost more than traditional ones.

Although political machinations could be blamed for this instance, it is evident that there is a clear need for biofuels to mature and develop greater efficiency in order to become a more viable option for shipping companies still reeling from the global economical crisis.

“The House Armed Services Committee placed a blanket ban on alternative fuels that cost more than traditional ones.”

The US Government’s Advanced Research Projects Agency-Energy (ARPA-E) has been tasked with furthering the maturation of such fuels by funding research and development. One area that has seen investment by ARPA-E is a rethink of the way in which biofuels are produced. The majority of biofuels currently produced are done using plants or algae and, as a result, rely on photosynthesis. Photosynthesis is in itself an inefficient process, as it requires solar energy in the first place.

ARPA-E has suggested that, through using microorganisms that are capable of directly using energy from electricity and chemical compounds instead of solar, liquid transportation fuels could be produced up to ten times more efficiently than current biofuel production methods.

The potential impact of such technology, ARPA-E predicts, could be almost revolutionary. A successful electrofuels industry could contribute tens of billions of dollars to the US economy, while widespread use of electrofuels would limit greenhouse gas emissions and help shipping companies improve their environmental performance. Emissions trading, which can be a costly process for industries still reliant on fossil fuels, could even become a thing of the past.

Research at the ready

Given the potential rewards, it will come as little surprise that 13 US universities and research institutes were prepared to commit themselves to the electrofuels project. With a wide variety of proposals from esteemed universities including Columbia, Massachusetts Institute of Technology and Harvard Medical School, the first patent issued went to Ginkgo Bioworks and its process using E. coli.

“A successful electrofuels industry could contribute tens of billions of dollars to the US economy.”

Having received a $6.6m contract in 2010, it wasn’t until December 2012 that the US Patent and Trademark Office issued a Notice of Allowance for Ginkgo’s application entitled ‘Methods and Systems for Chemoautrophic Production of Organic Compounds’.

Ginkgo successfully developed a microbiological pathway to produce fuels and chemicals using microorganisms that take their energy from electrolytically-derived formate, produced through carbon dioxide conversion. Through removing the reliance on solar energy, the efficiency of biofuel production has been boosted while also enabling fuels to be produced at facilities outside of warmer climates.

The microbes Ginkgo are using are simply engineered E. coli, which have been manipulated to metabolise CO2 through genetic modifications in order to enhance its rate of CO2 consumption. The “electro” element of the fuel comes from the way in which the formate is produced, provided by Norwegian classification society Det Norske Veritas (DNV) and its ECFORM process.

Electrolysis made easy with ECFORM

DNV has developed novel cathode and anode catalysts to reduce the total cell voltage required by one volt, and a reactor has been designed to reduce resistive losses by a further two volts. This has resulted in an overall cell voltage decrease by 60%, increasing the energy efficiency of the production method.

DNV attests that, with some refinement to the ECFORM method, electrochemical conversion routes will come to the fore in the next decade. Long-term performance and low energy use has been proven by research, but significant technological advancements are needed before large-scale production can take place. Biofuels, it seems, may not be the only entity in need of maturation before electrofuels can become a viable option.

Technology maturation not the only barrier

The European Maritime Safety Agency (EMSA) published a final report in January 2012, compiled by renewable energy consultancy firm Ecofys, exploring the potential for the use of biofuels in the shipping industry. It concluded that while a market did exist to replace marine fossil fuels with biofuels, it was limited by the availability, technological development, technical integration and operational consequences of adopting such means of propulsion.

The report also acknowledged that the major barrier was not the maturity of the technology, but the fact that market incentives in place, such as the Renewable Energy Directive and sulphur restrictions under MARPOL legislation, are affecting different market parties in the fuel supply chain. Concerns were also raised regarding the long-term storage that has, in cases, led to unstable fuel quality, with the report attributing this flaw to unfamiliarity with biofuels in the sector.

The premise of electrofuels is sound and exemplifies the maturation and increasing understanding of biofuels and how they can be applied to the shipping industry. It is, however, unclear to what extent they could revolutionise the biofuel market, with the fuels themselves clearly not the only problem prohibiting their widespread adoption.