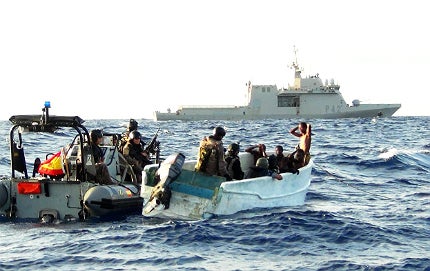 The Nicaraguan Government has signed an agreement with Chinese firm Hong Kong Nicaragua Canal Development Investment (HKND Group) to build a shipping channel across Nicaragua that would act as an alternative to the Panama Canal.

The move follows the National Assembly’s agreement to grant the HKND Group a 50-year concession period to plan, design, build and operate the canal.

The 209km waterway would connect the Pacific Ocean and Caribbean Sea, and is expected to take 11 years to complete, generating around 40,000 construction jobs.

Work under the project will include the development of a third international container terminal and an import / export automotive facility within the port’s Webb Dock.

Out of the total amount, SHI will have a share of about $1.72bn for the construction of the hull and some upper parts, while the remaining will go to the Nigerian division.

The new FPSO, which will have a length of 330m, breadth of 61m, height of 34m, storage capacity of 23,000 barrels and 36,000t of topside, will reportedly be the world’s largest FPSO unit and represents the world’s biggest deal compared with other FPSOs on order.

Pirate attacks off the coast of West Africa’s Gulf of Guinea almost doubled in 2012, with attacks in the region numbering higher than those in the waters around Somalia, according to a report from organisations including the International Maritime Bureau (IMB).

The report, ‘The Human Cost of Maritime Piracy 2012’, has been published by IMB, the Oceans Beyond Piracy (OBP) project and the Maritime Piracy Humanitarian Response Programme (MPHRP).

A container vessel owned and operated by Mitsui O.S.K. Lines has sunk about 200 nautical miles off Yemen in the Indian Ocean, after its hull cracked amidship.

The crack in the vessel, ‘MOL Comfort’, reportedly caused water to flow into the cargo hold during inclement weather.

There were 26 crew members onboard the 2008-built, Bahamas-flagged MOL Comfort when the incident occurred, including 11 Russians, one Ukrainian and 14 Filipinos.

International Chamber of Shipping (ICS) believes the shipping industry is expected face environmental costs of around $500bn between 2015 and 2025, representing around $50bn of additional capital and operating costs per year during the period.

New regulations, like the 0.5% global sulphur cap, are to come into force, as well as the 0.1% sulphur requirement that will be imposed in Emission Control Areas in north-west Europe and North America from 2015.

ICS said costs of equipping new ballast water treatment systems will also add to the capital costs, as well as the contribution the shipping industry might need to make towards the United Nations Framework Convention on Climate Change (UNFCCC) Green Climate Fund.

Royal Caribbean’s cruise liner Mariner of the Seas was the first vessel to dock at the new two-berth terminal.

Mining firm Bahia Mineracao (Bamin) has signed a concession agreement with the Brazilian state of Bahia to build and operate a $1bn maritime terminal.

Located north of the city of Ilheus in Bahia, the new terminal’s 495 acres of land will be used for processing, storage and transport of iron ore coming from Bamin’s Pedra de Ferro mine, in Caetité.

Under the deal, Bamin will be responsible for the construction of the terminal and surrounding infrastructure, including access roads and jetties.

According to Bamin, all necessary environmental permits are expected to be secured by late 2013 to commence construction of the terminal in early 2014.

Det Norske Veritas (DNV) and the World Wide Fund for Nature (WWF) have developed a concept design of a new research vessel called ‘Spindrift’ to clean up plastic waste in the world’s ocean gyres.

According to DNV, the degradation processes of plastic in the ocean takes about ten to 500 years, and the specialised research vessel will demonstrate ways to address the problem.

According to estimates, about 230 million tonnes of plastic will be accumulated in the ocean by 2020, most of it coming from land sources or as a result of marine activities.