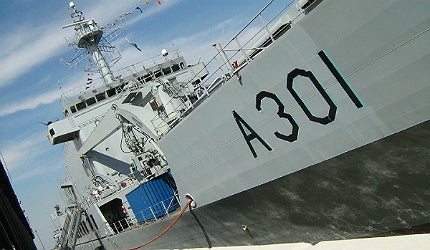 This month’s piracy report covers all piracy-related activity across the world’s most dangerous waters, including the Horn of Africa / Indian Ocean, West Africa, south-east Asia and South America.

“A Chinese diplomat has called for the international community to strengthen its cooperation on the Somali piracy issue.”

Security forces in Somalia’s semi-autonomous region of Puntland began a massive security operations in Galkayo. Although the Puntland officials refused to specify the exact number of troops deployed (speculated to be in the hundreds) sources confirmed at least five pirates were arrested during the first phase of the operation.

One Indian fisherman died while three others were injured after a security team on board USNS Rappahannock fired on a small motor vessel near Jebel Ali in the United Arab Emirates on 16 July. The US Naval Forces Central Command said the fishing vessel had disregarded warnings and rapidly approached the ship. Indian authorities have however demanded that the UAE investigate the incident further.

Dubai’s police chief has rejected US claims that the vessel had warned the fishermen to move away from it before firing and will now deal with the case as a murder.

A US federal judge, overseeing the case of a Somali man accused of negotiating a ransom payment during a 2008 pirate takeover of a Danish merchant ship, told prosecutors they had engaged in “inexcusable behaviour,” and suggested they will have a hard time winning a conviction.

US District Judge Ellen Huvelle was told the alleged pirate, Ali Mohamed Ali, had been in international waters for only 24 to 28 minutes and that prosecutors couldn’t specify how he facilitated piracy during that time.

The accused Mohamed Ali has been allowed to stay under home confinement, pending trial.

“Any nation can arrest suspected pirates on the seas, yet international law defines only the crime, not the penalty.”

Guyana’s Prime Minister, Jean-Marc Ayrault, has responded to an attack on Guyanese fishermen, by deploying an additional vessel.

“The prime minister decided the provision of a second navy ship Customs. It also decided to strengthen the workforce in men for fishery enforcement and educate all state services to the question of security,” an official statement said. He also announced more cooperation with Brazil and Suriname neighbours.

The European Union has announced the details of two new security missions in Africa, one to help curb piracy, the other to counter terrorism.

The larger of the two missions – EUCAP Nestor – is intended to keep the waters off the Horn of Africa and the western Indian Ocean safe for international vessels. While EU Navfor Atalanta protects vessels from pirates and EU Training Mission (EUTM) Somalia trains Somali security forces, EUCAP Nestor is intended to equip and train coast-guard services, as well as to develop expertise in other aspects of maritime security.

The mission is also expected to help reduce illegal fishing and trafficking, and will involve 175 people mainly based in Djibouti but also supporting authorities in Djibouti, Kenya, the Seychelles, Somalia and Tanzania. A budget has been set at €22.8m.

The Asian Shipowners’ Forum has offered a detailed proposal calling for the United Nations-sanctioned armed personnel to guard ships transiting high-risk areas in the Gulf of Aden and Indian Ocean.

The proposal was made to Working Group 1 of the Contact Group for Piracy off the Coast of Somalia in London on 12 July features two options, one for UN involvement and another that could be an alternative if the first proposal is supported only by “a few like-minded governments”, but is not approved.

This scheme would deploy floating bases to avoid the sensitive issue of establishing armed forces within national boundaries.

South Africa has placed its warships on station in the Mozambican Channel to counter the problem of piracy at sea. The country is one of the top 12 sea-trading nations in the world but has fared relatively well against piracy, thanks largely to its geographic location at a recognised naval choke point at the Cape of Good Hope.

Since May 2011 Operation Copper, South Africa’s ongoing anti-piracy deployment, has seen at least one South African warship on station in the Mozambican Channel at all times. Initially duties were confined to intelligence gathering and assisting the EU Naval Force (EUNavFor), based off the Horn of Africa, but this has since grown to board and search, as well as being a more active player in the multinational task force’s effort to end piracy off the continent’s east coast.

Somaliland is working with the United Nations Office on Drugs and Crime (UNODC) to launch a public awareness campaign to warn citizens about the dangers and negative social consequences of piracy.

UNODC anti-piracy programme representative in Somaliland Mohamud Abokor said the campaign will help prevent the spread of piracy in Somaliland through media announcements and meetings with the public.

The Somaliland Counter-Piracy Co-ordination Office and UNODC concluded a series of advisory meetings with members of the public on 18 July to formulate the public awareness campaign, which is scheduled to begin in September.

“We met with government agencies, business people and community organisations — especially youth, cultural leaders, scholars and the press — so we could gather ideas on how to implement the programme,” Abokor told Sabahi. “Since 2009, when anti-piracy efforts began, this is the first programme of its kind.”

A Chinese diplomat has called for the international community to strengthen its coordination and cooperation on the Somali piracy issue.

“The issue of piracy off the Somali coast has always posed a serious threat to stability and development of the region as well as safety and security of international shipping,” said Wang Min, China’s deputy permanent representative to the United Nations, when addressing the 12th Plenary Meeting of the Contact Group on Piracy off the Coast of Somalia (CGPCS).

“At present, acts of piracy are still running rampant. They are getting apparently industrialized and violent, with increased all-weather piracy capabilities and expanding scope of attacks,” he said. “It is imperative for the international community to strengthen coordination and cooperation to cope with these developments.”

30-year-old fisherman Zhang Leilei was among 26 rescued crew members of the Xu Fu 1 trawler, a Taiwan ship with 13 fishermen from the Chinese mainland, one from Taiwan and 12 from Vietnam.

The fishermen told reporters they felt helpless and survived on meager rations, often less than a meal a day, during their 19-month captivity.

Twelve Vietnamese crew members kidnapped by Somalia pirates arrived back home after more than 18 months in captivity, on 24 July.

Global Prosecution – but only the crime is defined, not the penalty

“Twelve Vietnamese crew members kidnapped by Somalia pirates arrived back home after more than 18 months in captivity in July.”

Today, ten nations on four continents have convicted Somalis who were involved in the epidemic of piracy and armed robbery at sea which began in 2008, and at least six other nations have cases pending. According to comment from OceanusLive representatives any nation can arrest suspected pirates on the high seas — piracy is the oldest international crime — yet international law defines only the crime, not the penalty.

As a result, the current piracy prosecutions have led to a massive cross-national variance in both actual and possible punishments.

The cross-jurisdictional differences appear to have less to do with the underlying conduct or culpability of the pirates than with variations in the municipal statutes, sentencing norms and judicial views of the nations that happen to take custody of the pirates.