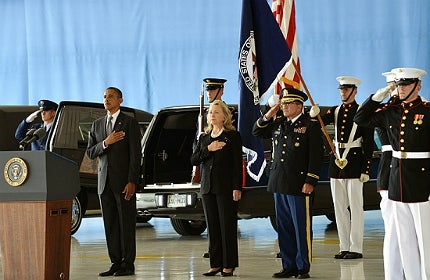 Dwindling pirate activity off the coast of Somalia and the Gulf of Aden only serves to highlight the severity of spiralling incidents off the coast of Western Africa and in South East Asia.

Initiatives such as the international questioning of suspected pirates and rehabilitation programmes, coupled with international intervention in the reconstruction of Somalia after nearly 20 years of conflict, is beginning to bear fruit.

The same cannot, however, be said of the situation off the coast of Nigeria, Togo and Lome, which is now the cause for considerable alarm.

The international shipping community had an anniversary to celebrate in late April, with it being a year since the last successful hijacking by Somali pirates. There was also cause for celebration with the news that six crew from the Danish cargo vessel MV Leopard – four Filipinos and two Danish sailors – were released from Somalia after more than two years in captivity.

The successful combating of piracy in Somalia is being credited to a number of initiatives designed to target one of the root causes of the problem; poor infrastructure in Somalia.

During the Somalia Conference held at Lancaster House in London on 7 May 2013, UK Prime Minister David Cameron announced a £10m investment to improve radio communications on the Somali coast with the direct aim of helping combat piracy. The announcement comes as the UK begins to become increasingly involved with the reconstruction of Somalia, starting with the election of a new, more legitimate parliament for the country.

“The successful combating of piracy in Somalia is being credited to a number of initiatives.”

There has also been considerable success in the rehabilitation of young pirates caught by security forces. More than 200 young pirates have successfully completed a three-month rehabilitation programme and are now set to pursue legitimate careers, with some expressing a desire to move into fishing, while others wish to join the Somali armed forces. Formal military training has been offered.

The US is also contributing, with nearly $40m in additional funds earmarked to support development, stabilisation and security-sector reform in Somalia, adding to more than $1.5bn of assistance pledged to the country by the US since 2009.

US deputy secretary of state William Burns said: “The initial transition has come to an end, a newly elected government is firm in place, and dialogue about the future of Somalia is underway.”

Suspicion does, however, remain in the country as to why the UK is becoming so involved with Somalia’s reconstruction. Western nations are said to be uneasy of Turkey’s influence in the region, with UK intervention considered part of an agenda to counter it. A greater cause for concern is, by a considerable distance, developments off the coast of Western Africa.

Piracy linked to funding of terrorism

In the absence of incidents of piracy off the coast of Somalia, cases continue to escalate off Nigeria, Togo and Lome. A German-owned container vessel was boarded by 14 armed pirates last week, capturing five sailors. The incident comes just days after a similar attack.

The increase has not gone unnoticed, both domestically and overseas. The Nigerian Oil Workers union has urged the government to adopt new strategies to tackle piracy and oil theft, whereas calls for the US to increase its intelligence-gathering capabilities in Africa 15-fold have also been heard.

The growing fear is that finances obtained through piracy are being used to fund terrorist activity conducted throughout Africa by Islamist extremist groups, particularly those operating in the Sahel desert region, such as al-Qaeda in the Islamic Maghreb, Ansar Al Dine and the Movement for Oneness and Jihad in West Africa.

Growing Islamist extremism in Africa will be of major concern for the US, particularly after last year’s deadly attack on the US embassy in Benghazi, Libya, which resulted in the deaths of four employees, including the US Ambassador to Libya. An al-Qaeda cell was later blamed for the attack.

South-east Asia also a cause for concern

“Growing Islamist extremism in Africa will be of major concern for the US.”

Piracy is also on the increase in south-east Asia, with a growing number of incidents of varying severity having taken place in recent weeks.

The robbery of a chemical tanker and a tug vessel was reported in the week ending 3 May 2013, with the crew of the tug vessel gagged and bound as pirates escaped.

Further robberies also reported include the theft of offshore installation parts, spare towing wire bridles and towing shackles from a carrier vessel off the coast of Indonesia.

Anti-piracy operations in South East Asia are being ramped up in the wake of increased pirate activity and the death of up to 32 fishermen off the coast of Bangladesh.