A Romanian ship captain and a British chief security officer died on 29 July 2021 off the coast of Oman while working aboard the Japanese-owned merchant tanker Mercer Street.

The cause of the incident, a ‘suicide drone’ attack, was attributed by the UK, the US and Israeli governments to the Iranian regime as part of the “shadow war” at sea conducted by Tehran and Tel-Aviv in the last few years. Suicide drones are remotely-controlled UAVs that self-detonate when reaching their target. Their use has increasingly been seen by actors such as Iran and China.

The Mercer Street incident is the most fatal in a long series of sea attacks. As reported by Sky News, eight incidents had taken place in 2021 between February and May, with numbers increasing in the following months.

At the beginning of August, Dubai-owned vessel Asphalt Princess was reportedly hijacked by men coming aboard. Resolved in quick time, the incident was blamed on the Iranian authorities who denied their involvement, calling the accusations “a pretext for hostile action”. 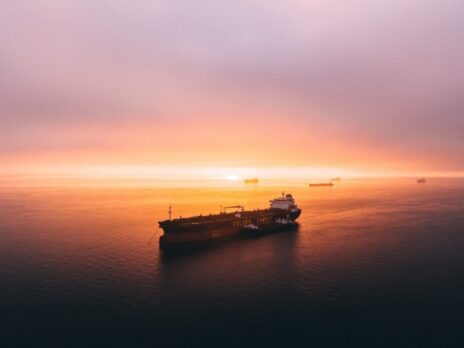 What happened aboard the Mercer Street?

According to Sky News, on 29 July the UK Maritime Trade Operation – a Royal Navy capability in charge of providing information about sea incidents – issued a warning around 7am for a non-piracy incident 86 miles off the coast of Omani port city of Al Duqm.

Experts believe that the attack took place near the island of Masirah because the vessel’s speed dropped dramatically from 15.3 knots to 3.3 knots.

By checking the coordinates, shipping authorities soon realised that the ship involved was the Japanese-owned merchant vessel Mercer Street, in transit from Tanzania to the UAE. Despite its Japanese ownership, Mercer Street was operated by London-based firm Zodiac Maritime, which belongs to Israeli shipping magnate Eyal Ofer.

The company released a statement on the afternoon of 30 July saying that “details of the incidents are still being established and an investigation into the incident is still underway”, and that Zodiac Maritime was working closely with the UKMTO and other relevant authorities.

Later that day, the company released a third announcement via Twitter, confirming that “the Mercer Street is under the control of her crew and under her own power at 14 knots to a safe location with a US naval escort”. The escort in this case being a US missile destroyer and a nuclear-powered aircraft carrier.

A couple of days after the incident, the US Department of State stated that Iran was believed to be behind the attack and that the Iranian regime had used a suicide drone.

“Upon review of the available information, we are confident that Iran conducted this attack, which killed two innocent people, using one-way explosive UAVs, a lethal capability it is increasingly employing throughout the region,” read the statement.

“We are working with our partners to consider our next steps and consulting with governments inside the region and beyond on an appropriate response, which will be forthcoming.”

The Mercer Street incident was the last in a series of attacks to ships tied to the Ofer family. In July the CSAV Tyndall vessel – previously owned by Zodiac Maritime – was allegedly attacked by Iran using similar methods. At the end of March, the container ship Lori fell victim to a missile while transiting through the Arabian Sea.

Iranian attacks against Israeli vessels – and Israeli attacks on Iranian vessels – have been in the spotlight for the last few years. Opponents for more than 40 years, Israel and Iran have translated their political animosity into a maritime shadow war, with both sides reportedly attacking each other, but not claiming responsibility.

Israel’s determination to remain the only nuclear power in the Middle East has led it to attack Iranian nuclear scientists and strike against Iranian ships believed to be transporting oil to Syria.

On the opposing side, Iran has allegedly carried out several attacks against vessels around the Arabian Sea, Red Sea, and the Straight of Hormuz, a focal point for oil exports.

“Iran has committed to an aggressive posture throughout the Persian Gulf and the Gulf of Oman, with an intent to dominate its immediate sphere of influence, but also in a bid to posture against what it perceives as the encroachment of foreign forces and a hedge against the thawing in relations between Israel and other regional states,” reads an analysis by security firm Dryad Global.

Over the last ten months, both Israel and Iran have carried out strikes against each other. At the end of February, Israel accused Iran of setting off explosives aboard its vessel Helios Ray, which was travelling from Saudi Arabia to Singapore, while a few weeks later it was Iran’s turn to blame Israel for damages sustained by one of its container ships travelling to Syria.

What is the impact for shipping?

The Iran–Israel shadow war is having a severe impact on the global shipping industry, as vessels transiting through the Red Sea, the Arabian Gulf, and the Strait of Hormuz are under heightened risks.

“If an owner has vessels that are charted to one of the trade routes, the owners will undoubtedly try and push over the increased war risk premiums onto the charterers, which impacts their decision making on whether or not the Persian Gulf is a worthwhile and commercially viable place for them to continue their trade,” says Hayes.

Despite the rise in risk profile, attacks to ships in the Middle East are not expected to impact daily operations. “Such incidents remain irregular and are highly unlikely to impact normal commercial operations throughout the region,” adds the Dryad Global report.