As Joe Biden and Kamala Harris prepare to take over the White House after their success over Donald Trump in the US election, maritime stakeholders are waiting to find out what the ‘blue wave’ they promised during their campaign will mean for them.

Having suffered from limited activity due to the coronavirus pandemic – while remaining excluded from Trump’s transport bailout packages – the sector is hoping that the new administration will come to its rescue after months of struggle.

From regulation to shipbuilding and port development, Cozen O’Connor attorney Jeff Vogel believes that many areas are in dire need of intervention. Based in Washington, the Cozen O’Connor Maritime practice group has experience in maritime matters including tariffs, sanctions and embargo laws.

As the transition period between the two administrations kicks off, Vogel outlines the key segments of the US maritime industry that Biden should focus on during his mandate. 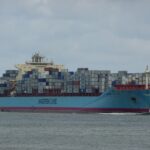 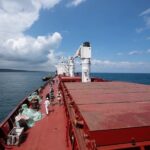 US-flag operators in the wake of Covid-19

In April President Trump chose to exclude the maritime industry from one of his coronavirus relief packages, leaving stakeholders empty handed and struggling for financial support. This was in contrast to the aviation industry which received significant funding.

According to Vogel, members of the sector will be expecting (and demanding) a change in this direction from the new administration, especially as the US prepares for a potential second wave of the pandemic and with seabourne traffic remaining below pre-Covid-19 levels. “The industry needs some further support and some form of relief to offset the economic impact that we’ve seen in 2020 as a result of the economic downturn and Covid-19,” he says. “The sector has been going along with reduced cargo demand and increased operational costs from the need to provide personal protective equipment to their crew members and just deal with a new operating environment.”

Work is already underway in the US Congress to secure additional funding for the sector under the lead of Peter DeFazio, who chairs the House Committee on Transportation and Infrastructure. Earlier in July he proposed implementing a Maritime Transportation System Emergency Relief Act, which will be discussed during a National Defence Authorization Act session scheduled to take place soon after the election.

Over the next four years, US-flagged preference cargo will also need renewed support, having seen a steady fall-off since the pandemic. Under the Cargo Preference Act of 1954, about 50% of Civilian Agencies cargo and Agricultural Cargo needs to be carried on US-flagged vessels, though Vogel suggests that changing the requirement to 100% could help revitalise the sector.

Increasing funding for the shipbuilding industry and sealift operations

The US shipbuilding sector has long been feeling the strain of the pandemic and enhanced competition from Asia, due to which Vogel says it will need “organic funding from the new government”.

In particular, the Trump administration has previously authorised funding for the National Security Multi Mission Vessels, a fleet of ships used for training purposes by state maritime academies and in cases of humanitarian disaster aid. “The industry needs further support in making much more significant investments into its infrastructure base, and also to training bases so that more grants are available for training,” he comments. “The US certainly needs to make more investment trying to build up that industry from the first pencil-touching-paper and design stages, all the way through the skilled labour that’s necessary to complete a shipbuilding project.”

Similar efforts will be required to bring the US’s current sealift fleet up to speed with new, younger vessels and more financial support. Owned by the Maritime Administration and the Military Sealift Command, these vessels are activated during disaster relief operations. “That fleet is made up of 46 vessels that at this point have gone well beyond their useful life,” he comments. “The average vessel age is over 50 years old and some are over 60 years old.”

These vessels are critical to national security and therefore will need modernisation and investment from the Biden administration. “But these efforts should have been started 20 years ago and the maritime labour is looking at this as a critical area,” he adds.

Over the past four years the Trump administration has made significant contributions to local ports, recently agreeing to a series of port facilities and freight infrastructure grants to roll out in February and October 2020.

However, much like shipbuilding, the port sector is starting to face competition from US neighbouring states such as Canada and Mexico. “In recent years we’ve seen significant investment [for example] in Vancouver, which faced significant expansion and moved towards automation,” he mentions. “The same took place at a number of Mexican ports and the net result is that US ports are facing stiff competition with cargoes that are ultimately destined for the middle of the United States.”

This calls for increased infrastructure funding, training, research and development that will need to encompass both ports themselves and their supply chains. “There needs to be additional investment, not only in the ports but in the roads that connect to the ports and go all the way through the middle of America,” he continues. “All the infrastructure pieces that are necessary to get cargo flowing through our ports and to their ultimate destination.”

Clarifying the future of the Federal Maritime Commission

“What needs to be answered is the role of the Federal Maritime Commission in the future,” comments Vogel. Established in 1961 as an independent federal agency overlooking regulation of the US’s oceanbourne international transportation, the FMC could be subject to change under Biden’s presidency.

Having played an active role during the Trump administration, it could move from having three Republicans and two Democrats to the other way round. “The industry needs some clarity on what the role of the FMC,” he concludes. “Even though it is an independent agency and therefore isn’t subject to the same sort of changes that you see at other agencies, the change in administration [will probably lead to a change in the makeup of the Commission too.”