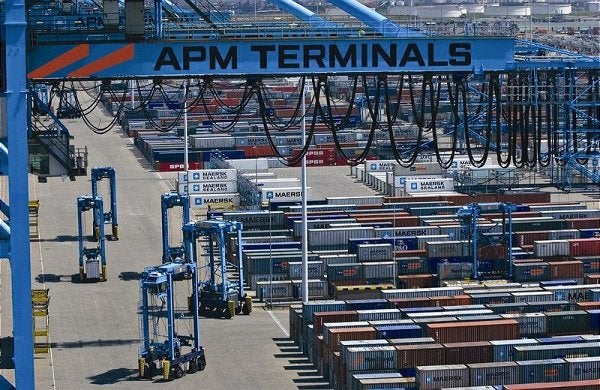 APM Terminals Lazaro Cardenas has signed a 32-year concession contract with the Port Authority of the Port of Lazaro Cardenas (APILAC) in Mexico to design, finance, build, operate and maintain a new container terminal at the port.

The first phase of construction on the $300m container terminal is expected to start in September 2012 and is scheduled to be completed in 2015.

The concession agreement calls for a phased expansion of the terminal, with the entire project requiring an investment of more than $900m.

Phase one construction will include a 43-hectare container yard and a 650m quay with seven super post-panamax ship-to-shore gantry cranes that can reach across 23 rows of containers.

The on-dock rail yard is being designed to allow shipping lines to pre-stow intermodal cargo for direct transfer to rail; tracks will be built parallel to the berth.

Upon completion of the first phase, the terminal will cover an area of 102 hectares with 1,485m of quay and water depth of 16.5m along the channel and quay side.

APM Terminals has partnered with Mexico-based construction company ICA to leverage its expertise in construction and materials procurement in the Mexican market.

The company said that the design of the terminal is intended to focus on safety and sustainability; the container handling equipment under consideration is eco-friendly, featuring the latest developments in energy efficiency to reduce emissions.

APM currently has a global terminal network of 62 port facilities in 36 countries and inland services operations in over 150 locations in 46 countries.

Image: The first phase construction of the new container terminal at the Port of Lazaro Cardenas is expted to be complete in 2015. Photo: APM Terminals