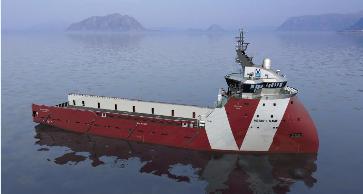 Scheduled to be delivered in 2015, the two new PX121-type PSVs will be operated in European waters by Vroon Offshore Services.

The contract allows Vroon to exercise an option for two additional PSVs at the same prices within six months.

According to Vroon, Cosco is currently building four livestock carriers for the company at the same shipyard.

Earlier in January 2013, Vroon placed an order for a new subsea support vessel (SSV) at Fujian Southeast Shipyard in China.

The new vessel, to be christened VOS Sugar, is a modern SSV with retractable thruster and super-silent tunnel thruster.

VOS Sugar is scheduled to be delivered in early 2015 for operation by Vroon Offshore Services.

The vessel follows the delivery of two other SSVs, VOS Shine and VOS Sweet, built for Vroon at the shipyard in 2012.