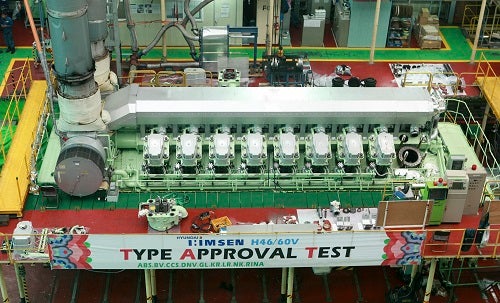 The new engine adds to the company’s line-up of engines from 780hp to 35,300hp in the medium-size engine segment.

According to HHI, all the engines can be customised according to customers’ output demand.

HHI’s HiMSEN engines are currently being used for marine propulsion and land-based power generation, with 7,200 HiMSEN engines exported to 40 countries so far.

In 2012, HHI developed a dual-fuel engine package for vessels that minimises exhaust fumes while running on diesel and liquefied natural gas (LNG).

According to Asiasis, HHI is currently focusing on capacity and quality improvements for HiMSEN. In March 2013, the comapny created an endurance test center for testing engines.

The company is planning to target the Central and South American, Middle Eastern and Asian markets due to the increasing electricity demand in the regions.