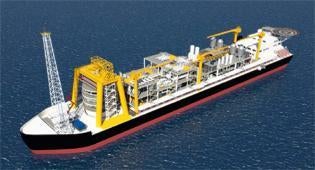 Under the deal, HHI will be responsible for carrying out engineering, procurement and construction for the FPSO.

The South Korean shipbuilder expects to deliver the 99,750t turret moored FPSO to Chevron by the end of November 2016.

Following delivery, the vessel will be operated in the Rosebank oil and gas field, which is located 175km north-west of the Shetland Islands in the West of Shetland region.

Designed to operate in the North Sea’s harsh environment, the vessel will be built to meet NORSOK standards and will have a length of 292m, breadth of 57m and depth of 30m.

The new FPSO will be capable of producing 100,000 barrels of oil and 190 cubic feet of natural gas per day, with a storage capacity of 10.5 million barrels of oil.

Located at water depths of approximately 3,700 feet, the Rosebank Field is estimated to contain approximately 240 million barrels of recoverable oil-equivalent resources and was discovered in 2004.

HHI is currently building two other FPSOs and one offshore platform designed for operations in the North Sea.

The recent order brings the South Korean shipbuilder’s new orders in 2013 to $5.1bn, 85% of its $6bn sales target for the year.

Image: HHI will deliver the 99,750t turret moored FPSO to Chevron by the end of November 2016. Credit: Hyundai Heavy Industries.