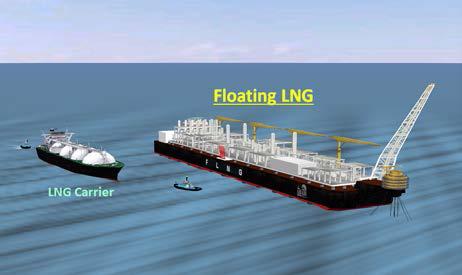 Inpex Masela, a subsidiary of Japan-based oil and gas explorer Inpex, has awarded the front end engineering and design (FEED) contract for its floating LNG (FLNG) facility to two groups for the development of the Abadi LNG Project in Indonesia.

One group under the FLNG FEED contract is led by JGC Corporation / PT JGC Indonesia, while the other is led by PT Saipem Indonesia / Saipem.

Work under the contract will include the front end engineering of a floating production facility in the Abadi gas field, where natural gas will be processed, liquefied, stored and offloaded.

Under the deal, both groups will carry out the FLNG FEED in parallel under a design competition.

According to the company, one of the groups will continue into the FLNG engineering, procurement and construction (EPC) phase to keep the project on schedule and to make sure that the applied engineering technology is consistent.

Inpex will award the FLNG EPC contract to the group that offers the best technical and commercial solution based on its overall design for the FLNG facility.

Inpex Masela is the operator of the project and holds a 60% interest, while Shell Upstream Overseas Services holds 30% and PT EMP Energi Indonesia holds the remaining 10% interest.

The FLNG facility is projected to produce 2.5 million tonnes of LNG per year and 8,400 barrels of condensate per day.

Image: The FEED contract will include the front end engineering of a floating production facility in the Abadi gas field. Photo: Inpex.