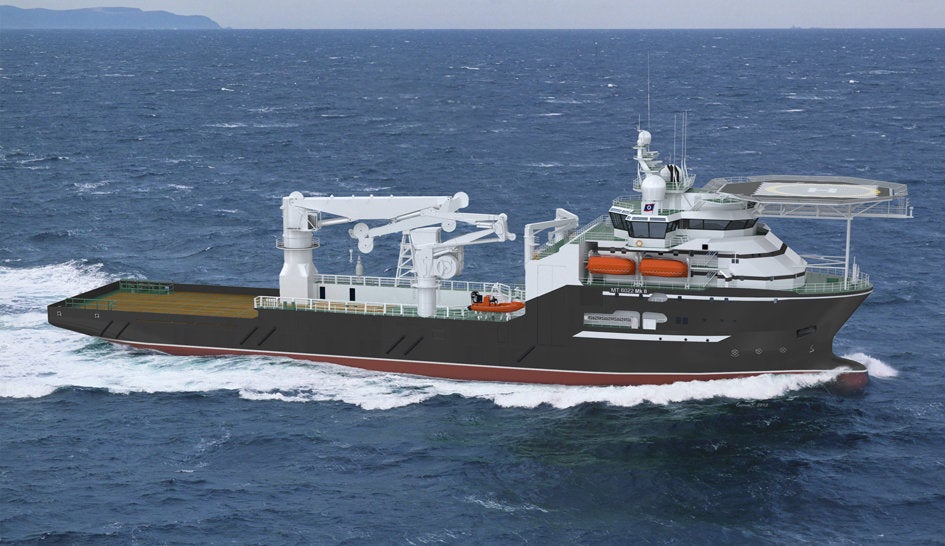 The vessel will be built of MT 6022 MK II design at Kleven Maritime’s Verft shipyard in Ulsteinvik, Norway.

Designed by Marin Teknikk in Norway, the vessel will have a length of 115m, width of 22m, accommodate 110 people and will be equipped with a 250t crane for subsea operations.

The vessel is scheduled to be delivered in the third quarter of 2013 and the contract also includes an option for construction of another vessel of similar type.

Olympic Shipping CEO Stig Remøy said that environmental considerations and the safety of the company’s crew members are core qualities for them.

"Over the last six months we have taken delivery of two new builds from Kleven Maritime," Remøy said.

"We will take delivery of a third one on June 20th, and a fourth in November.

"We have ordered vessels worth around NOK2bn from Kleven Maritime over the last few years."

Earlier this month the company had secured a NOK1.1bn ($180m) contract from Eidesvik to build a large offshore subsea construction vessel.

The vessel will be built to the SALT 301 OCV design of Salt Ship Design at Kleven Maritime’s Verft shipyard in Ulsteinvik, Norway.

Scheduled to be delivered in the second quarter of 2014, the vessel will have a length of 145m, width of 31m, accommodate 150 people and will have a carrying capacity of 13,500dwt.

Image: The vessel will be built to MT 6022 MK II design and will be equipped with a 250t crane for subsea operations. Photo: Kleven Maritime

Jones Act at 100: could this be the time for a change?