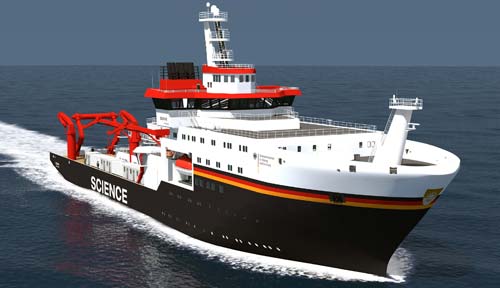 Kongsberg Maritime has won a contract to deliver a survey suite for an under construction vessel that will be used by a consortium of German universities.

Under the deal, the company will deliver the first 0.5º x 1º version of the EM 122 multibeam deepwater echo sounder system.

The EM 122 provides enhanced performance in the 0.5º x 1º configuration, and offers a larger swath width and higher resolution.

Apart from the EM 122 0.5º x 1º multibeam system, the new vessel will also be equipped with Kongsberg’s EM 710 0.5º x 1º system, Seapath position reference system, EA600 Hydrographic single beam echo sounder and EK60 Scientific echo sounder, all of which will be completely integrated in a hydroacoustic lab.

Meyer Werft is building the new vessel in Papenburg, Germany for the German Ministry of Research, which will be run by RF Forschungsschiffahrt in Bremerhaven.

German universities including the University of Bremen/Hamburg, IOW Rostock, BGR Hannover, IFM Geomar Kiel and several others will utilise the new vessel for multi-discipline research.

Kongsberg expects to start the delivery of the survey suite in autumn of 2013, while the final sea acceptance test (SAT) is scheduled to be carried out by the end 2014.

Image: Kongsberg will deliver the 0.5º x 1º version of the EM 122 multibeam echo sounder system for the new survey vessel TFS, which will replace the existing research vessel Sonne. Photo: Kongsberg.