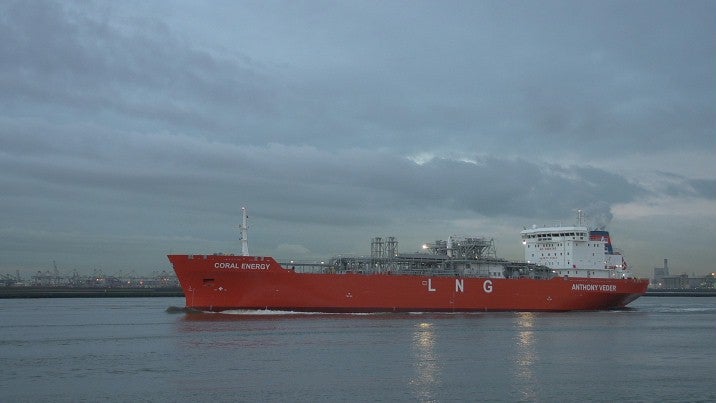 Coral Energy is claimed to be the first of the new class of tanker to be equipped with an eco-friendly dual-fuel engine.

When the engine runs on natural gas, the vessel emits particulate matter at levels below the forthcoming emission control area (ECA) limits.

When fully loaded with LNG, the vessel will have a draught of 8.20m. Its propulsion system is based on Wärtsilä engines, with a power output of 7,800kW that will help in running at a top speed of 15.8 knots.

The German shipbuilder said that it will develop the propulsion technology deployed in the first gas-fuelled system for use in future passenger ships.

Anthony Veder ordered the LNG carrier in January 2011 and steel cutting for the vessel commenced in November 2011.

Anthony Veder transports gas by seagoing vessels and currently has a fleet of 25 ships.

The companies have been working together since the mid-1970s in both the new building and ship repair sectors.