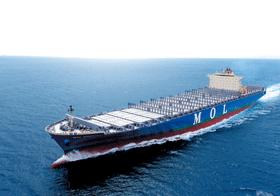 The main aim of the initiative is to combine MHI’s technological capabilities in the development of energy-saving vessels and Imabari’s cost competitiveness, to establish an advantageous framework for competing in the international shipbuilding market.

The framework will allow both the shipbuilders to take bulk orders, including construction of multiple ships of the same design.

The collaboration includes construction of all container carriers, without setting limitations on container carrying capacity or propulsion systems.

As part of its long term strategy, MHI plans to strengthen its shipbuilding and ocean development business by focusing on high-value vessels, while Imabari Shipbuilding is also seeking to obtain advanced ship-related technologies, including energy-saving features.

In future, both the companies plan to further strengthen their cooperation in the shipbuilding market.

MHI has already developed technologies, including a system that uses liquefied natural gas (LNG) as fuel for a ship’s propulsion system.

It has also developed the Mitsubishi Air Lubrication System (MALS), which reduces frictional resistance between a vessel hull and seawater using air bubbles produced at the vessel bottom, resulting in reduction of energy consumption and CO2 emissions.