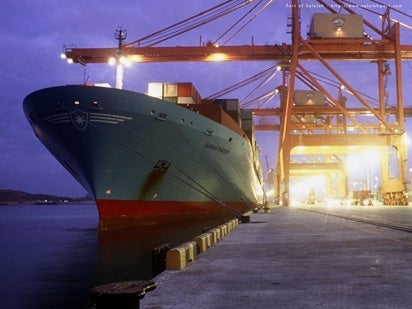 Oman’s Ministry of Transport and Communications (MOTC) has started work on a OMR55m ($143m) project to expand cargo handling capacity at the Port of Salalah over the next four years.

The expansion project will be carried out by Dutch-based marine contractor Archirodon Construction and is expected to increase dry bulk cargo handling capacity to 20 million tonnes and liquid cargo capacity to over six million tonnes per year.

Hani Archirodon Construction won the contract in April 2012 to carry out the project over the 19 months period, including mobilisation.

Upon completion, the port will be used as a regional hub for liquid and general bulk cargoes, in addition to containers, and is expected to meet the demand from increased economic activity in the Dhofar region in Southern Oman.

As part of the expansion, four concrete block quay berths of 1,266m will be built at the Leeward side of the existing breakwater with 18m of draft, designed for vessels up to 14,400 dwt.

Expansion of the liquid terminal will help the port to expand its capacity to handle various types of liquid cargo, including methanol, fuel, monoethylene glycol, and caustic soda.

The project will also involve dredging of the harbor basin, renovation, protection and revetment work, as well as developing roads, pavements and buildings.