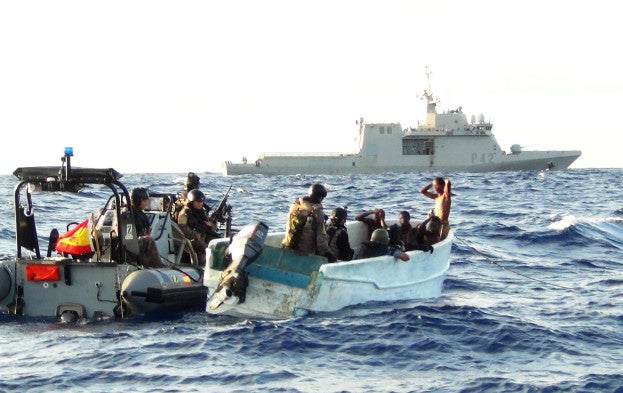 Pirate attacks off the coast of West Africa’s Gulf of Guinea have almost doubled in 2012, with attacks in the region numbering higher than those in the waters around Somalia, according to a report from organisations including the International Maritime Bureau (IMB).

The report, ‘The Human Cost of Maritime Piracy 2012’, has been published by IMB, the Oceans Beyond Piracy (OBP) project and the Maritime Piracy Humanitarian Response Programme (MPHRP).

Oceans Beyond Piracy project manager Kaija Hurlburt said: "The report shows that continued vigilance and better information-sharing is needed to relieve the plight of seafarers; as long as one hostage remains in captivity, the human cost is too high."

According to the report, West African pirates have been motivated by the prospect of quick money through selling hijacked cargo, while Somali pirates sought large ransoms and held captives for much longer periods.

The report shows that the attacks by Nigerian pirates often resorted to extreme violence and five of the 206 hostages seized in 2012 off West Africa were killed.

West Africa’s highest risk area for pirate activity was off the coast of Nigeria, a major oil producer in the region.

So far in 2013, about 120 pirate attacks have been reported, out of which 22 were Nigeria-related incidents while seven were Somalia-related.

The report also showed that compared to 2011, piracy off Somalia in 2012 dropped 78% due to better practices by ship’s captains and crews, as well as the increasing use of armed guards aboard vessels in the region.