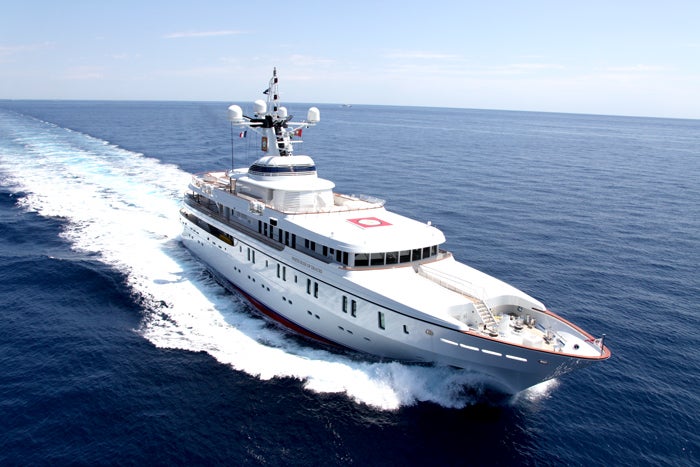 "I didn’t know, until we performed this experiment, just how possible it is to spoof a marine vessel and how difficult it is to detect this attack," Humphreys said.

The project was conducted in June this year on the yacht, called the White Rose of Drachs, where it traveled from Monaco to Rhodes, Greece, on the Mediterranean Sea.

The experiment took place about 30 miles off the coast of Italy as the yacht sailed in international waters.

Under the project, researchers broadcasted a faint ensemble of civil GPS signals from their spoofing device from the White Rose’s upper deck to the ship’s two GPS antennas.

The university said the team’s counterfeit signals slowly overpowered the authentic GPS signals until they ultimately obtained control of the ship’s navigation system.

Humphreys said, "The ship actually turned and we could all feel it, but the chart display and the crew saw only a straight line."

Researchers said after several such maneuvers, the yacht had been tricked onto a parallel track hundreds of meters from its intended one, allowing them to spoof the ship.

Humphreys said the experiment helps illustrate the wide gap between the capabilities of spoofing devices and what the transportation industry’s technology can detect.

UT Austin director of the Center for Transportation Research Chandra Bhat believes that the experiment highlights the vulnerability of the transportation sector to such attacks.

"The surprising ease with which Todd and his team were able to control a (multimillion) dollar yacht is evidence that we must invest much more in securing our transportation systems against potential spoofing," Bhat said.

Image: The research was conducted on the White Rose of Drachs yacht. Photo: Courtesy of the University of Texas at Austin.