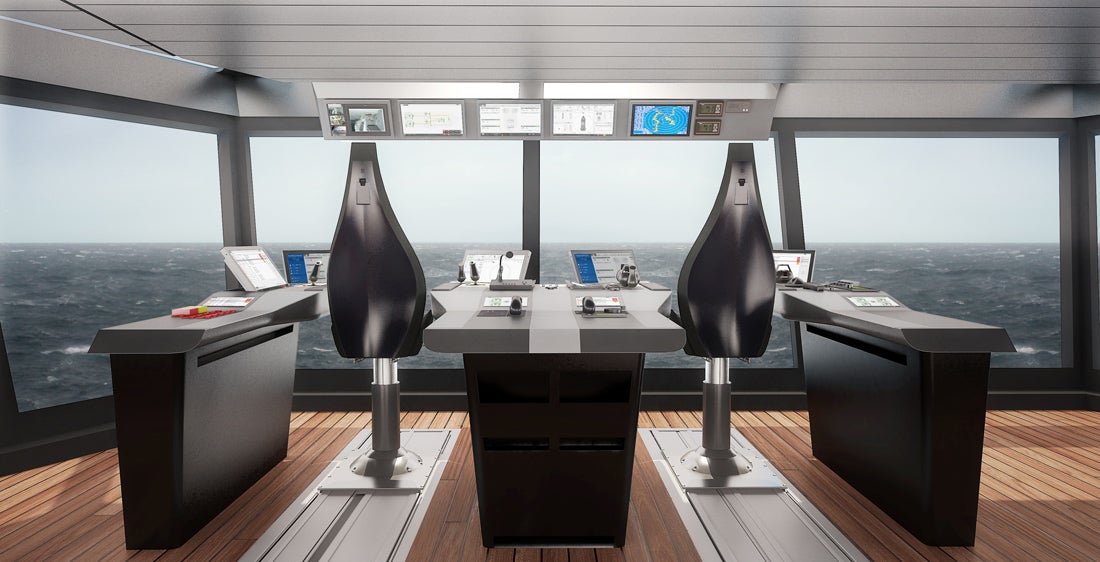 According to Rolls-Royce, the bridge will simplify the range of control levers, console panels and displays for the several onboard systems in the new vessel.

The Unified Bridge is also intended to offer enhanced ergonomics and simplified operation for higher safety and improved efficiency.

According to the company, the bridge design can be customised to the needs of different vessel types.

"The bridge will simplify the range of control levers, console panels and displays for the several onboard systems in the new vessel."

Rolls-Royce president of offshore Anders Almestad said: "The Unified Bridge was developed after an in-depth study of bridge system requirements for the navigation and operation of vessels focused on ergonomic design, safety, performance and simplicity."

The new vessel will be built with NOFO 2009, Ice-1C, De-Ice and Rescue class, with design, wave piercing bow, main systems and equipment provided by Rolls-Royce.

The bow design of the vessel will allow the ship to pierce through waves in extreme weather conditions, while maintaining constant speed, reducing fuel consumption and improving safety.

Following delivery in 2014, the PSV will be chartered by Statoil for operations in the North Sea and the High North.