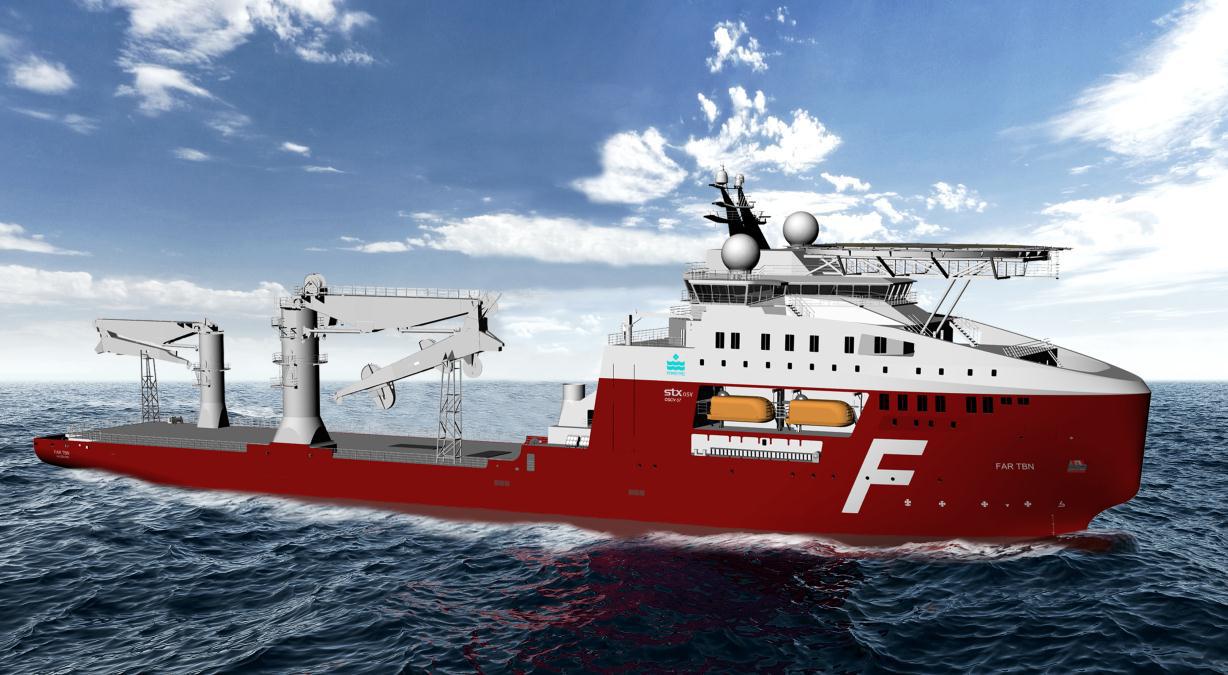 STX OSV Tulcea in Romania will provide hulls for the three OSCVs to be built for the Norwegian-based owners.

The vessel for DOF Subsea will be of the OSCV 12 design, with a length of 161m, breadth of 32m and is scheduled to be delivered from STX OSV Søviknes yard in the first quarter of 2015.

Under the second NOK800m ($144m) contract from Farstad, the vessel will be built to OSCV 07 design for subsea and inspection, maintenance and repair (IMR) operations.

With a total length of 143m, beam of 25m and a deck area of over 1,800m², the vessel will be equipped with two offshore cranes, the largest of which will have a lifting capacity of 250t.

Following delivery from STX OSV Langsten in the first quarter of 2015, the vessel will be arranged for three remotely operated underwater vehicles (ROVs) and will be capable of accommodating 130 people.

Under a NOK600m ($108m) contract from Solstad, STX will build an OSCV vessel based on the company’s OSCV 03 design.

STX OSV Aukra in Norway will be responsible for the delivery of the vessel in the second quarter of 2014.

STX OSV operates nine shipbuilding facilities, including five in Norway, two in Romania, one in Brazil and one in Vietnam.