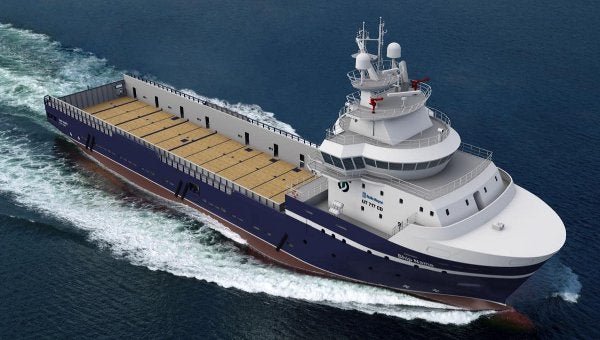 STX OSV’s Braila shipyard in Romania will build and deliver hulls of the vessels while the completed vessels are scheduled to be delivered from STX OSV Brevik in Norway in the fourth quarter of 2013 and second quarter of 2014 respectively.

In the past ten years, STX delivered more than 25 vessels to Island Offshore, and the company is currently building five vessels for the firm.

Island Offshore is a provider of services to the offshore industry ranging from platform supply and anchor handling to advanced subsea operations, including increased oil recovery (IOR) and light well intervention (LWI).

Island currently has a fleet of 22 high-quality vessels with an average age of less than four years, which are being operated in Brazil, Mexico, US and in the North Sea.

The vessel will have an overall length of 96m, beam of 21m and will be built on Rolls Royce’s UT 737 CD design.

STX OSV Braila in Romania will deliver the hull of the vessel, which will be equipped with one 125 tonne offshore crane and ROV systems for operations up to 3,000m deep.

Scheduled to be delivered in the first quarter of 2014, the ship will be designed with a moon pool, will be capable of accommodating 60 people and will be built according to NOFO standards for oil spill response.