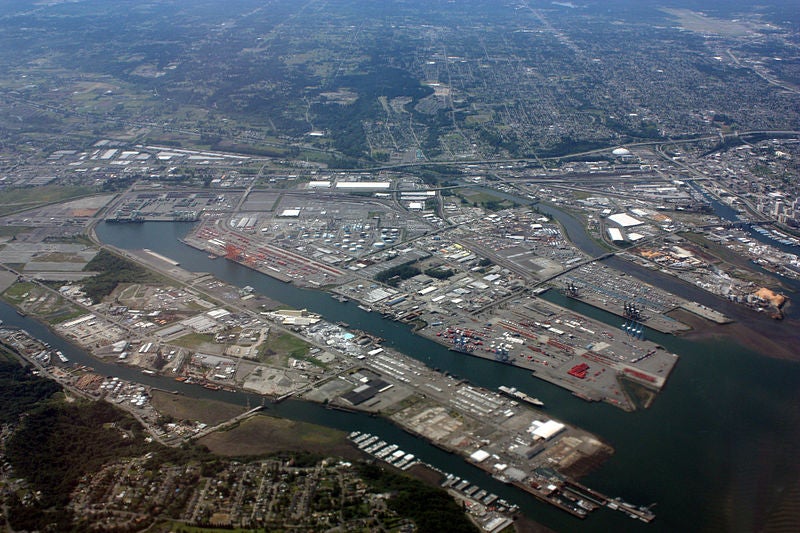 Three ports along the North American Pacific Coast have set goals to reduce diesel emissions by 75% per tonne of cargo by 2015 and 80% by 2020.

The ports of Seattle and Tacoma in the US, along with British Columbia’s Port Metro Vancouver, have announced the goals as part of the draft 2013 Update of the Northwest Ports Clean Air Strategy, which is now open for public comments until 26 July 2013.

With the projected increase in cargo moving through the ports, the new goals are expected to reduce overall emissions by 70% by 2015 and 75% by 2020.

Port of Seattle director of environmental and planning Stephanie Jones Stebbins said that currently emissions are down and that the Strategy Update sets more aggressive goals for the near future.

The new goals are based on the results of the 2011 Puget Sound Maritime Air Emissions Inventory, released in October 2012, which showed maritime pollution had decreased since 2005.

The three ports have partnered with Environment Canada and Metro Vancouver in Canada along with the US Environmental Protection Agency, Washington State Department of Ecology and Puget Sound Clean Air Agency in the US, to develop and implement the 2007 Strategy as well as the 2013 Strategy Update.

Diesel-powered ships, trains, trucks and other equipment are currently being used at the three ports to transport goods and passengers through the ports to other destinations.

Image: The Port of Tacoma is one of three ports, along with the Port of Seattle and Port Metro Vancouver, looking to reduce emissions under the new plans. Photo: Walter Siegmund.