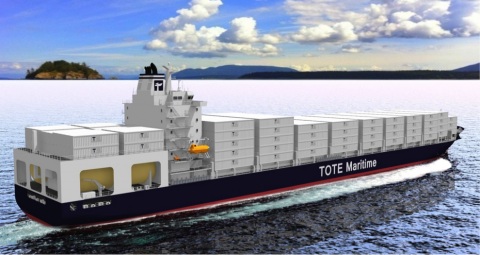 Both 255m-long Orca Class vessels, designed and built by Nassco, were delivered in 2003 and are being operated by TOTE between Tacoma, Washington and Anchorage, Alaska in the US.

The TOTE conversion and newbuilding projects add to the engineering and construction capabilities of Nassco and leverage its design/procurement partnership with Daewoo Ship Engineering Company (DSEC).

The design contract is in addition to TOTE’s recent order with Nassco for the construction of a pair of LNG-powered container ships at a cost of $350m.

Both of the 3,100teu vessels, due to serve the Puerto Rico trade, will be powered by dual-fuel LNG engines meeting the US Environmental Protection Agency’s clean air regulations requirement.

The vessels will be designed to accommodate five times more 53-foot containers than current ships in Puerto Rico.