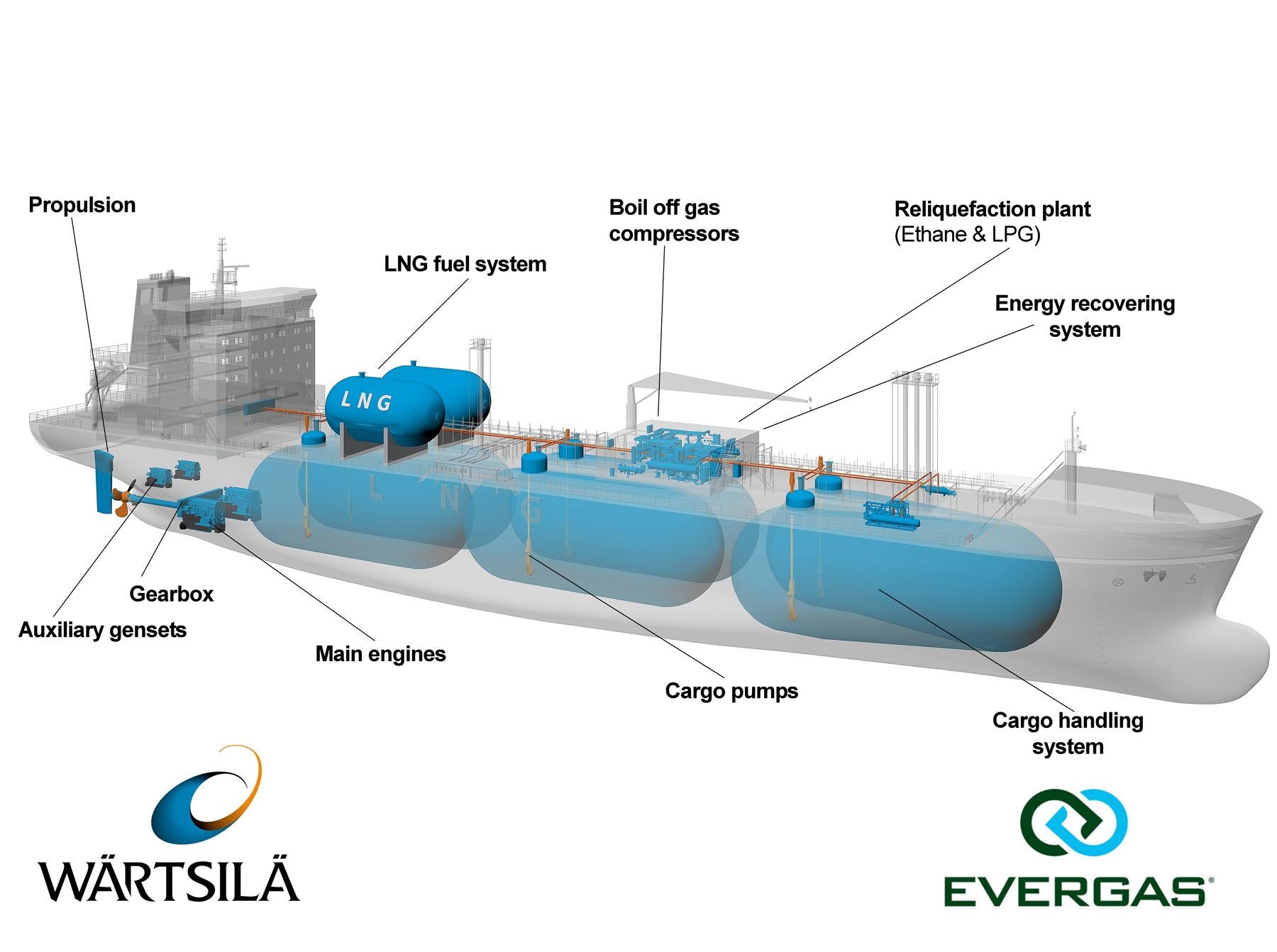 Wärtsilä has secured an order to supply a package of equipment to be installed on a series of 27,500m³ liquefied natural gas (LNG) carriers being built for Danish operator Evergas.

Under the deal, Wärtsilä will be responsible for delivery of dual-fuel engines and propulsion equipment.

Construction of the vessels is being carried out at Sinopacific Offshore & Engineering (SOE) shipyard in China.

SOE’s Qidong shipyard will also be responsible for the design, engineering and fabrication of the new LNG cargo tanks.

Wärtsilä will also supply a cargo handling package for the vessels, which will help them to carry and reliquefy ethane, LPG and LNG.

"The advanced technology solution to be provided by Wärtsilä, whereby the cargo handling system, the gas supply system, and the propulsion machinery are fully integrated with each other, will make the vessels the most modern and environmentally sustainable LNG carriers ever built," said Bresnahan.

The Wärtsilä Energopac rudder, which streamlines the water flow from the propeller, lowers resistance and increases propulsion power, will help increase efficiency and fuel savings in the vessels.

The new ships will initially be run on LNG using Wärtsilä dual-fuel engine technology, which will allow them to meet the current and upcoming environmental legislation, including the Tier III regulations.

The dual-fuel technology also offers operational flexibility and redundancy by allowing the use of several conventional fuels as an alternative, while the integrated LNG fuel system enables operation on natural gas fuel independently of the cargo carried.

In January 2013, Evergas signed a deal with SOE for design and construction of a series of Dragon 27,500m³ LNG carriers, which are scheduled to be delivered from 2015 onwards.