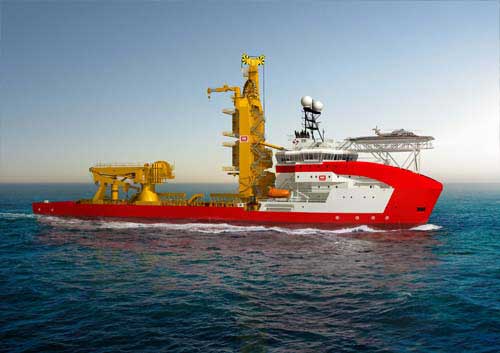 The company will start delivery of the first propulsion package to the yard in February 2014 and the rest of the deliveries will follow at four-month intervals.

Construction of all six 550t vessels will be carried out at IHC’s shipbuilding facilities in the Netherlands and they are expected to be delivered between the first half of 2015 and the second half of 2016.

The vessels to be delivered to Seabras Sapura will feature pipelaying spreads comprising twin-tensioner tilting lay towers, two below-deck baskets and support equipment for the loading, spooling and routing of products.

IHC will design and deliver an integrated automation system, full electrical installation and electrical machinery packages as well as provide a pipelaying simulator to support the training of offshore personnel.

Each 10,800dwt vessel will have a length of 146m, beam of 30m and equipped with a Class-2 dynamic positioning system.

The vessels will be capable of accommodating about 120 people, and will be equipped to transport and install flexible flowlines and umbilicals in water depths of up to 3,000m.

Following delivery, the vessels will be chartered to Petrobras for operations in Brazilian offshore fields.