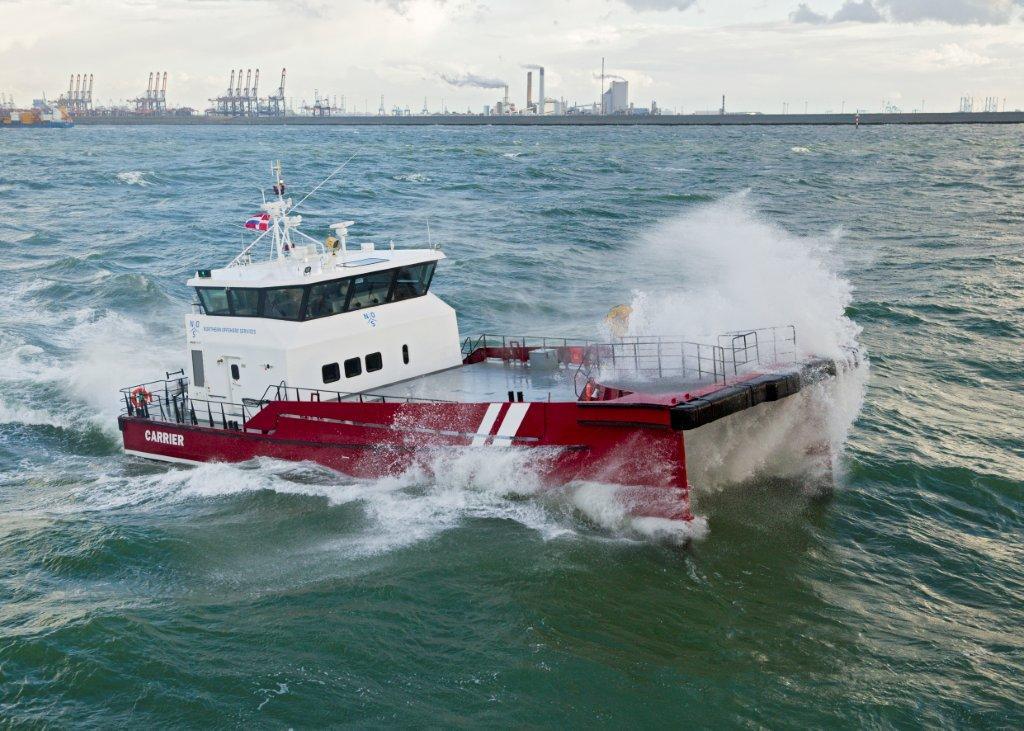 The Damen Twin Axe FCS 2610 vessel was ordered by NOS in August and is already being deployed at an offshore wind farm in the North Sea.

Damen Shipyards Group Europe sales manager Martijn Smit said that because Damen builds these vessels for stock, it could be delivered within five weeks of the order being placed.

The Twin Axe features a hull form that offers low resistance, high sustainable speeds of up to 26 knots in waves and superior seakeeping, which leads to lower fuel consumption.

The 26m by 10m vessel can accommodate a crew of four and up to 12 passengers, with space for storage where various types of cargo such as two 10ft or two 20ft containers can be loaded with the help of an onboard crane.

The design of the FCS 2610 enables the safe transfer of personnel on to platforms or wind turbines at wave heights of over 2.5m.

Sweden-based NOS has a fleet of nearly 20 vessels to transport personnel and equipment to offshore wind installations.