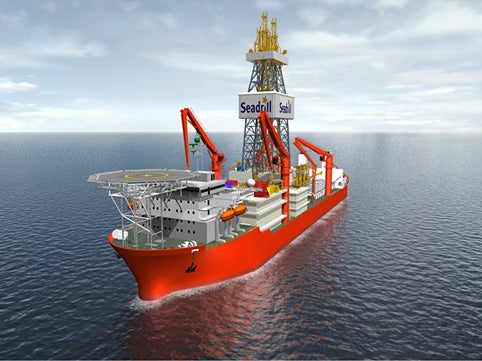 Under the deal, ABB will deliver energy efficient drives, motors and electrical power systems for the vessels, which will be used to extract, process and transport oil and LNG.

Out of the five drill ships being built by the South Korean shipbuilder, three are for Seadrill in Norway and the other two will go to Pacific Drilling in Brazil and Ensco in the UK. The two LNG carriers are for Golar LNG in the UK.

The deal will also see the Swiss firm deliver complete electrical systems for the seven vessels, including power generation and distribution equipment and systems.

According to the company, the systems will increase the energy efficiency of the vessels and also offer a reliable power supply to improve the use of onboard equipment.

The drill ships ordered by Seadrill will be equipped with seven ram configuration of the Blow out Preventer (BOP) stack as well as storing and handling capacity for a second BOP.

The final vessel on order with SHI is scheduled to be delivered by the second quarter of 2014 and will be equipped to operate in the Gulf of Mexico, Brazil, and West and East Africa.

In February 2012, Seadrill ordered a pair of ultra-deepwater drillships at the same yard, with scheduled delivery in the second and third quarter 2014.