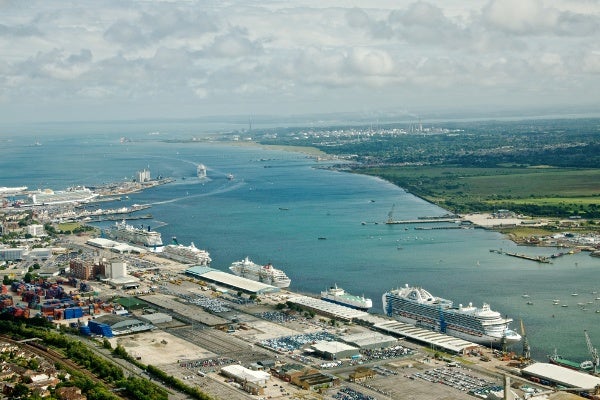 ABP Acquisitions UK, a subsidiary of ABPA Holdings, has signed a £70m loan agreement with the European Investment Bank (EIB) to part-fund the development of the new container terminal at the Port of Southampton in the UK.

ABPA has also completed the early refinancing of its £850m bank term loan facility, which is due in December 2014.

As part of the development of Southampton’s DP World-operated container terminal, Boskalis Westminster is currently widening and deepening part of the access channel under a contract secured in January 2013 from Associated British Ports (ABP).

In February 2013, ABP secured approval from the Marine Management Organisation (MMO) to deepen and widen its shipping channel to improve marine access to the Port of Southampton.

The project work will include the deepening of the main navigational channel used by commercial shipping from a current minimum depth of 12.6m at various points along a 25-mile route.

About 23 million tonnes of material will be removed and dumped in deep water south-east of the Isle of Wight.

Dredging is being carried out along the route, from the Nab Channel to the east of the Isle of Wight through the central Solent and extending to the container terminal in the Test Estuary.

The project is intended to improve the safety of navigation, increase the marine tidal access window for large vessels and allow larger oil tankers to reach the Fawley refinery.

Image: ABP will use the EIB loan to further develop the container terminal at the Port of Southampton. Photo: Associated British Ports.