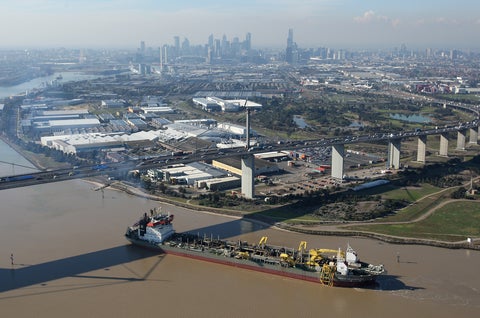 Royal Boskalis Westminster (Boskalis) has won two dredging contracts in Australia and Vietnam with a combined value of approximately €70m.

The maintenance dredging deal with the Port of Melbourne Corporation (PoMC) in Australia will be for four years with two extension options of three years each.

Dredging work, scheduled to start in March 2013, will cover the maintenance of the port basin and sections of the 60km access channel.

The company will use a medium-sized trailing suction hopper dredger and a backhoe for the dredging and capping of the sediment.

Boskalis’s contract in Vietnam is with a consortium led by Petrovietnam Technical Services, a subsidiary of Vietnam’s state-owned oil company Petrovietnam.

Under the deal, the company will install a jumbo trailing suction hopper dredger later in 2013 to execute works on an approach channel and port basin for a new refinery and petrochemical complex in Nghi Son.

Following the completion of works in mid-2014, vessels of 30,000dwt will be able to access the port to service the Nghi Son refinery, which is expected to have a capacity of 200,000 barrels per day.