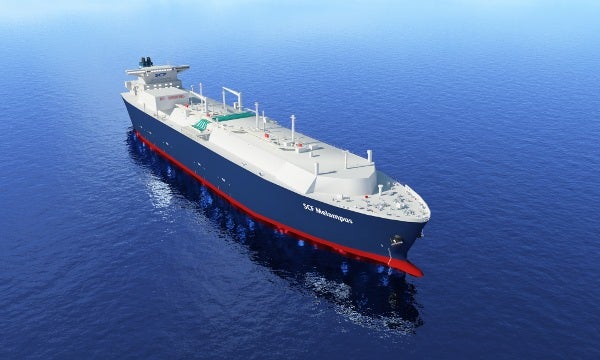 Scheduled to be delivered in 2013, the vessels will operate on long-term charter with PetroChina International, a subsidiary of China National Petroleum (CNPC).

On 20 December 2010, SCF Group signed a deal with China’s Bohai Shipbuilding Heavy Industry to build the pair of VLCC tankers of 320,000 dwt each.

SCF is currently a leader in the product tanker, Aframax and Suezmax oil tanker segments and the VLCC were ordered as part of its plan to enter into the large ship segment.

The deal was completed following a tender process in which Shell International Trading and Shipping (STASCO) selected SCF Sovcomflot’s gas-carriers for the transportation of its LNG by sea.

The first tanker is scheduled to be commissioned in late 2014, with the second in early 2015.

The involvement in the project of Russian shipbuilders will provide the future specialised gas carrier needs of Russian oil and gas companies for work on the continental shelf, in order to develop Arctic and Subarctic offshore fields.

Both the vessels will be able to load gas from existing LNG export terminals, including the facilities of Sakhalin-2, the first Russian LNG project, where Shell is a shareholder.

The vessels will also be optimised to operate at the new floating LNG facility in Australia (Prelude FLNG project), which is currently being built for Shell.

The company currently has a fleet of 157 vessels with a total deadweight capacity of 12 million tonnes.

Image: SCF Sovcomflot will deliver the first gas-carrier to Shell in late 2014, while the second in early 2015. Photo: Sovcomflot