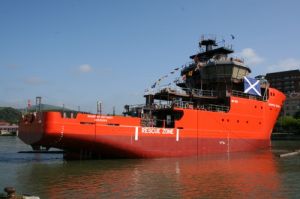 In February this year, North Star Shipping set out plans to invest £50m to build new vessels at Astilleros BALENCIAGA in Spain, following a contract with Talisman Energy (UK).