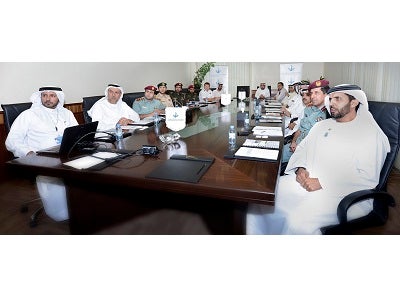 The Dubai Maritime City Authority (DMCA) in collaboration with the Department of Tourism and Commerce Marketing (DTCM) has hosted a meeting with public and private maritime businesses to discuss strategic priorities for the fiscal 2013-14 maritime season.

The meeting was attended by officials of the Cruise Ship Emergency Response Task Force Team, and representatives from cruise organisers and cruise lines, the General Administration of Civil Defence, the General Command of Dubai Police, DP World, Dubai’s Immigration and Passports Department, DTCM, and the National Emergency Crises and Disasters Management Authority.

The meeting, which was held at Port Rashid’s cruise ship anchorage, was mainly aimed at developing a renewed and secure maritime sector that serves the local, regional and international maritime community.

The major priorities for the new cruise season included the development of strategies for healthcare, medical evacuation, fire-fighting, and management of marine debris.

All the attendees agreed that the priorities should be planned and implemented according to local and international standards and guidelines.

Ali pointed out that the Cruise Ship Emergency Response Task Force Team has made significant achievements over the past maritime seasons, particularly in terms of improving the safety of passengers and crew of cruise ships moored in Dubai.

Ali said that they look forward to implementing a series of actions and initiatives as well as practical exercises to test communication, monitoring systems, and controls on cruise ships.

"We will also identify key areas for enhancing the safety of beaches and vessels moored within our local marinas which are considered among the best in the world," Ali added.