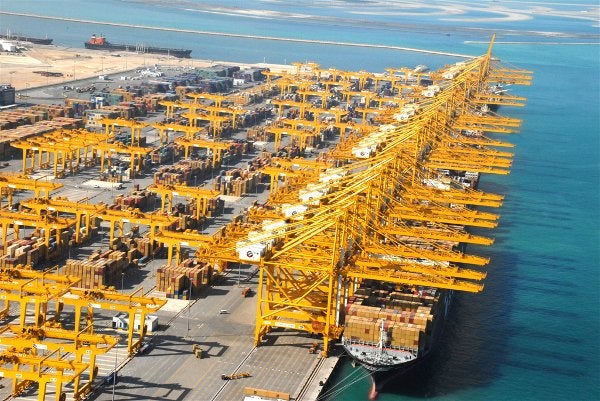 Container terminal operator DP World has completed the installation of the last of the 2,752 65t blocks to extend the quay wall at Jebel Ali Port in the UAE, as part of the one million teu expansion of Jebel Ali container terminal 2.

The terminal 2 expansion extends the quay wall from 400m to 3,000m, enabling it to handle six 15,000teu ships simultaneously.

Scheduled to open in the first half of 2013, the expansion will increase container handing capacity of the port by one million teu.

Work is also in progress on a new $850m project, which began in October 2012, to build a third terminal at Jebel Ali port.

The opening of both terminals will increase the port’s total capacity to 19 million teu.

The TOA-Soletanche Bachy joint venture (JV) has been awarded the contract to carry out the design, construction, commissioning and terminal infrastructure supply for the third terminal.

Scheduled to be completed in 2014, terminal 3 will increase the cargo-handling capacity of the port by four million teu per year.

It will be equipped with 19 ship-to-shore quay cranes and 50 rail mounted gantry cranes to handle the world’s largest container vessels.