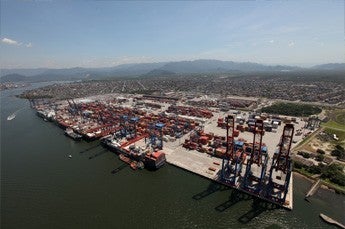 UK-based shipping consultant Drewry Maritime Equity Research has predicted that the global container trade will increase by 4.7% in 2013 and 5.7% in 2014, reaching 684 million teu by the end of 2014.

The company’s forecast predicts that there will be significant regional variation, which will lead to very different utilisation levels in different areas.

In 2014, Drewry anticipates that ports in emerging regions such as the Far East and south-east Asia are expected to see higher average usage rates of about 75%, while there will be an average utilisation of 57% in Western Europe due to flagging demand.

In early 2013, a rise of 6.4% was recorded in the share prices of the major port companies under Drewry’s coverage.

"According to Drewry’s latest forecasts, port capacity is expected reach 994 million teu by 2014."

During the period, regional economic differences led to diverging share prices, with DP World and ICTSI up by 34% and 22% respectively, while Dalian Port and Hamburg Hafen and Logistik (HHLA) have seen decreases of eight percent and six percent respectively.

According to the research, companies such as Cosco Pacific and HHLA will see a rise in their shares in 2013.

Cosco Pacific is expected to take advantage of its stable revenues from container leasing, its operation in the Bohai Rim and the recovery of global trade.

HHLA is expected to benefit from its presence in hinterland traffic, growth in transhipment in the Baltic Sea, as well as the Elbe River dredging project.