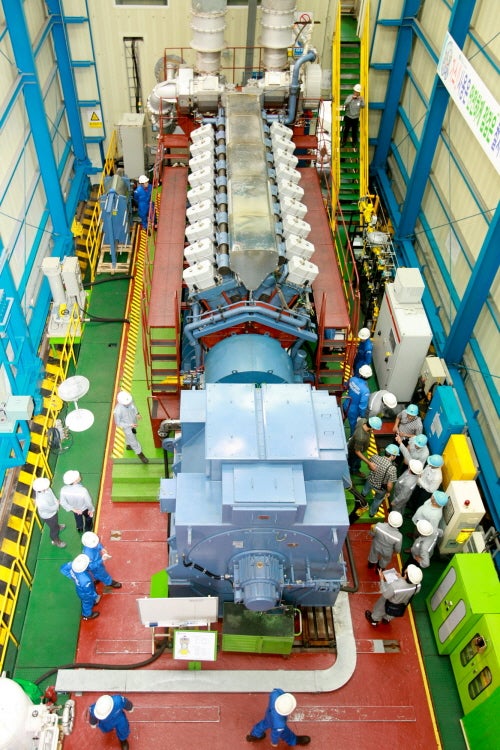 The new HiMSEN H35/40GV runs on liquefied natural gas (LNG) rather than heavy fuel oil and has a maximum power output of 13,000bhp.

HHI said that the new engine can be used to generate power for commercial ships, offshore facilities, including drillships, as well as in onshore power plants.

NOx emissions of 50ppm is claimed to be the world’s lowest, while the South Korean firm also claims an engine efficiency improvement of 47%.

HHI is planning to deliver the first engine to an onshore gas-powered power plant in the Middle East.

Hyundai Heavy COO of the engine & machinery division Kim Jeong-hwan said that due to high oil prices and strengthening regulations on emissions, the demand for gas engines is increasing.

In February this year, Wärtsilä extended its licensing agreement with HHI to build Wartsila low-speed engines for a further ten years.

HHI’s engineering and machinery division has been a licensee of the Wärtsilä since 1975, with total power volume of licensed engines built by HHI exceeding 22,800 MW.