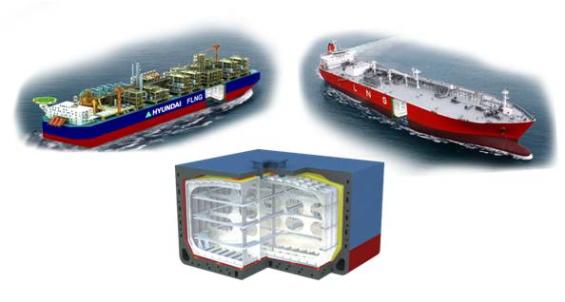 HHI used ring-shaped plates rather than conventional flat plates in the development of the storage tank to reduce the weight of the tank and construction costs.

The company also used spray insulation instead of panel-type insulation to minimise construction time of the storage tank.

The South Korean ship builder aims to get general approval from Nippon Kaiji Kyokai by 2013 for the construction of pilot LNG storage tanks.

Earlier in November 2012, HHI carried out its first ever full-scale demonstration test of its LNG Fuel Gas Supply (FGSS) and Hyundai Integrated Gas Supply Systems (Hi-GAS) in an ME-GI marine engine, which allows it to use both diesel and LNG.

The Hi-GAS system is intended for use in all types of vessels including LNG carriers, container ships and oil tankers.