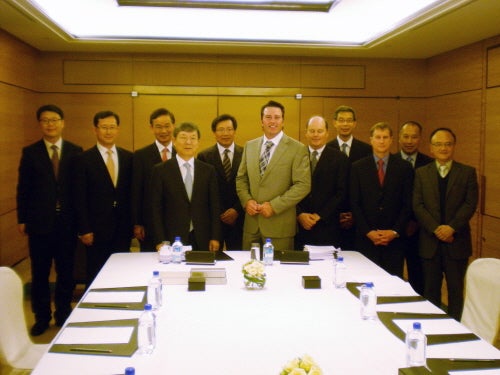 The ships are scheduled to be delivered from 2015; after delivery the ships will be chartered to Taiwan’s Yang Ming Marine Transport Corporation under a long-term contract.

Each of the ultra-large container vessels will be equipped with an electronically-controlled main engine that will help increase fuel efficiency and reduce noise, vibrations, and carbon emissions by automatically controlling fuel consumption to suit sailing speed and sea conditions.

The vessels will also feature HHI’s HiBallast seawater treatment system to treat 8,000m³ of seawater per hour by filtering and sterilising bacteria and plankton bigger than 50 µm using electrolysis.

According to the South Korean shipbuilder, the recent order from Seaspan meant it had secured all ultra-large containerships with capacity of at least 10,000teu ordered worldwide over the past year.