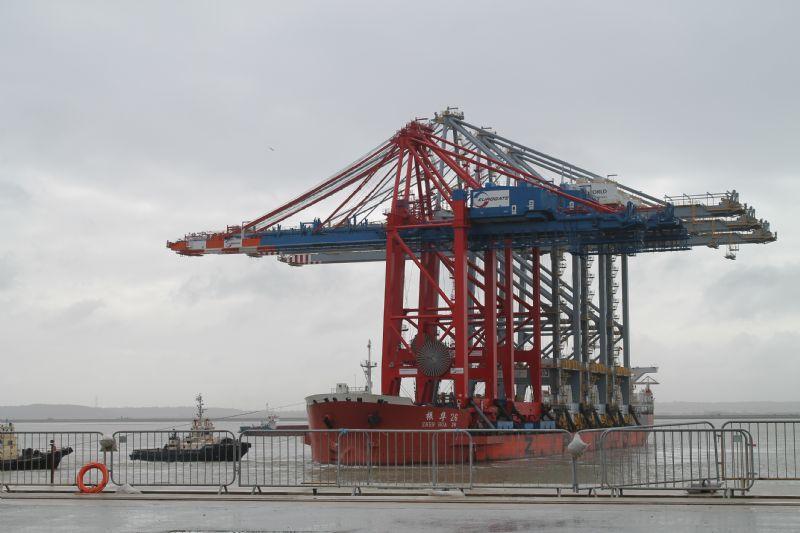 The cranes, each weighing about 2,000t and standing taller than the London Eye, are the first in the UK capable of lifting four containers at a time.

The cranes are intended to speed up the unloading of larger vessels when DP World’s $1.5bn London Gateway opens in September 2013.

Shanghai Zhenhua Heavy Industries Company (ZPMC) is responsible for the development and delivery of the new cranes, and a further 19 cranes are scheduled to be delivered over the coming years.

ISS supervised the complex operation of easing the heavy-lift vessel operated by Shanghai Zhenhua Shipping, the Zhen Hua 26, onto the berth to start the process of discharging the cranes, which involves coordinating pilots, tug assistance and a berthing party to moor the vessel alongside.

The giant cranes, the largest in the UK, will be operated on a new quay wall that is 2.7km in length and 50m deep.

ISS was responsible for customs clearance of the ship and its cargo to the central European reporting system and UK customs.

The company will also compile a report for the port health authorities to certify the vessel’s sanitation condition and the crew’s medical status.

The deal will see ISS co-ordinate the shifting operations of the vessel so that each crane can be discharged at high tide to the strengthened section of quay and prepare the vessel’s scheduled departure on 10 March 2013 after the cranes have been discharged.