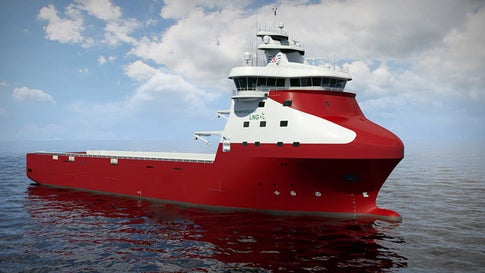 The company will build the vessel at its Myklebust Verft shipyard in Ulsteinvik, Norway, while the contract also includes an option for an additional unit of the same type.

Upon delivery, which is scheduled for the third quarter of 2014, the vessel will be chartered to Statoil under a long-term contract with Remøy Shipping to be operated in the North Sea.

Recently, Statoil had awarded contracts for seven PSV new builds to be used on the Norwegian shelf, three of which will be built by Kleven Maritime.

"The vessel will be chartered to Statoil under a long-term contract with Remøy Shipping to be operated in the North Sea."

The latest order from Remøy means Kleven will build three of those vessels after Atlantic Offshore had selected Kleven to build its two vessels.

In July this year, Kleven won a NOK700m ($116.86m) order from Atlantic Offshore to build two PSVs, with the option for a third vessel. The vessels are based on its VS 485 MKIII L design and built at Kleven Maritime’s Myklebust Verft shipyard in Ulsteinvik, Norway.

Designed by Finnish Wärtsilä, each vessel will be built to VS 485 MKIII L design at Kleven Verft shipyard. The PSVs are scheduled to be delivered in the first quarter and third quarter of 2014, and later will be chartered to Statoil.