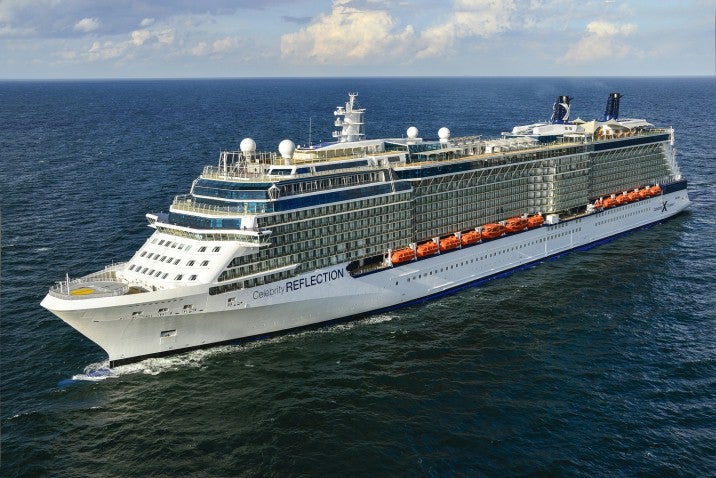 The vessel is the fifth and last in the Solstice Class fleet of cruise ships built by the German shipyard for Celebrity Cruises.

Celebrity Reflection has 16 decks rather than 15, which increases the number of cabins by 72.

The vessel is equipped with diesel-electric azimuth pods and four MAN engines including two 14V and two 12V CR units of 16,800kW and 14,400kW respectively.

The cruise ship generates a power output of 62,400kW and propulsive power of 35,000kW, allowing it to achieve a cruise speed of 24 knots.