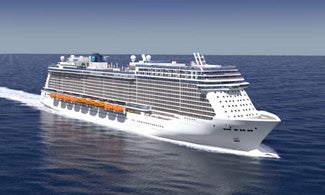 The contract also includes an option for a second vessel, which would be scheduled for delivery in spring 2017.

The Norwegian Breakaway and the Norwegian Getaway will each be capable of carrying 4,000 passengers; the vessels are scheduled to be delivered in early 2013 and January 2014 respectively.

NCL said the new ship will be larger than the other Breakaway class ships currently under construction at Meyer Werft’s shipyard in Germany but will include several unique design elements and innovations of the under-construction vessels.

Upon completion, the new Breakaway Plus class vessel is set to become the largest ship in NCL’s fleet.

The new cruise ship and the optional second ship will be the tenth and possibly eleventh that NCL has ordered from Meyer Werft.