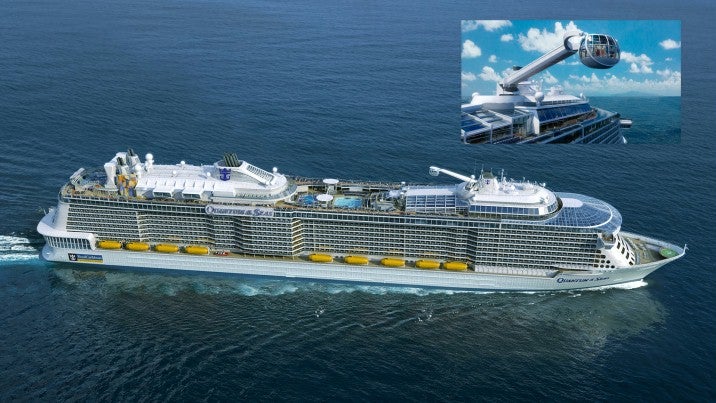 The new cruise ship, scheduled to be delivered in mid-2016, will be similar to the first two Quantum-class ships and cost $926m.

The first Quantum-class ship, Quantum of the Seas, is currently under construction at Meyer Werft’s Papenburg shipyard in Germany and is scheduled to be delivered in November 2014, while the second cruise vessel, Anthem of the Seas, is expected in 2015.

Each of the vessels will feature 16 decks and will be able to carry up to 4,180 people with double occupancy of their 2,090 staterooms.

The vessels will feature a giant mechanical arm to take passengers more than 300ft high above the vessels in glass capsules.

Royal Caribbean CEO Adam Goldstein said: "The Quantum class will offer vacationers more unexpected activities in the most extraordinary spaces, and a third ship will offer even more opportunities for vacationers to experience Quantum cruising."

Royal Caribbean expects to expand its capacity by about 4% annually between 2012 and 2017.

Image: Meyer Werft expects to deliver RCL’s third Quantum-class cruise ship, which will be similar to Quantum of the Seas, in mid-2016. Photo: Royal Caribbean.