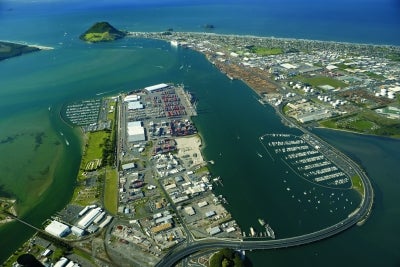 The Port of Tauranga has received approval from the New Zealand government to widen and deepen its shipping channels to enable access for larger ships carrying up to 8,000 containers.

Work under the dredging project will be carried out in several stages, with the first stage scheduled to start at the end of 2013 and expected to be completed by mid-2014.

The scope of work under the first stage of the project involves widening and deepening the shipping channel from 12.9m to 16m depth at low water that is expected to help Tauranga Harbour in accommodating ships of up to 347m long and 14.5m draught.

The second stage of dredging would allow access to ships of 8,200teu, future-proofing the port for the next 15 to 20 years.

The expansion is part of a NZ$170m ($140.8m) capital expenditure programme to increase capacity and improve productivity at the port.