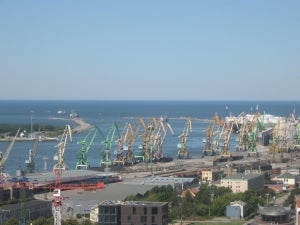 The Klaipeda State Seaport Authority has signed a €44m loan agreement with the Nordic Investment Bank (NIB) for the funding required to expand the Port of Klaipeda in Lithuania.

The loan will help build a new pier for passenger and cargo ships as well as rebuild existing quays, removing a major bottleneck to trade and expansion in the region.

The investment will also be used for dredging and widening the port’s navigation channel to increase cargo capacity, storage and stevedore operations while enhancing safety for vessels arriving to and departing from Klaipeda port waters.

According to the NIB, the funds would increase the port’s annual capacity by about 12-13 million tonnes, or about 25%.

NIB president and CEO Henrik Normann said the loan will help strengthen the country’s trade logistics and upgrade the capacity of transportation services in the region.

The Klaipeda State Seaport Authority is responsible for the maintenance, reconstruction and modernisation of the Port of Klaipeda, one of the major harbours in the eastern Baltic Sea region.

Image: The investment is expected to increase the Port of Klaipeda’s annual capacity by 12-13 million tonnes, equivalent to 25%.