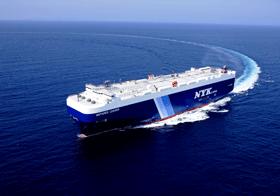 Two vessels will be built by Shin Kurushima Dockyard at Onishi Shipyard in Ehime prefecture, Japan.

Imabari will build the other two vessels at its Marugame facility in Kagawa prefecture, with technical assistance provided by Mitsubishi Heavy Industries (MHI).

MHI will offer PCTC design information to Imabari, including advanced ship technologies and the installation of various devices and systems, to reduce environmental burdens like the Mitsubishi Air Lubrication System (MALS).

MHI’s MALS is designed to reduce frictional resistance between a vessel hull and seawater using air bubbles produced at the vessel bottom, resulting in a reduction of energy consumption and CO2 emissions.

The vessels built by Imabari will also be equipped with the Mitsubishi Hybrid Turbocharger, a generator-integrated hybrid MET turbocharger for marine diesel engines which uses exhaust gas to drive the turbocharger, as well as its waste heat to generate the vessel’s electric power supply while at sea.

All four car carriers, which will feature over-Panamax size hulls, and are scheduled to be completed between 2014 and 2015.

New vessels will be equipped with energy-saving technologies to improve fuel performance by about 30% per loaded vehicle compared to existing ships, MHI said.

The new PCTCs are part of the investment strategy contained in NYK’s medium-term management plan ‘More Than Shipping 2013’.

The company said that the new vessels will be two to three metres wider than current PCTCs and are being built in anticipation of the planned expansion of the Panama Canal, which is expected to be operational in the autumn of 2014.

Image: The 200m PCTCs, with capacity to carry about 7,000 vehicles, will be delivered from 2014 to 2015. Photo courtesy of Mitsubishi Heavy Industries.