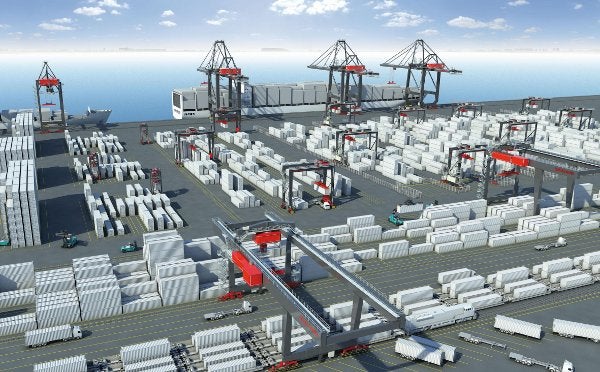 The equipment will be used at the under-construction Lamong Bay terminal in Surabaya, which is scheduled to be opened in 2014.

The new terminal is being built as part of a nationwide freight transport programme launched by the Indonesian government to improve the movement of goods across the country’s waterways.

"A safe and uninterrupted container flow in the terminal is our customers’ uncompromised need, just like predictable operational costs are for us," Prasetyadi said.

Pelindo III has also signed an $8.25m contract with Australia-based Realtime Business Solutions to provide a terminal operating system, and another deal with France-based Gaussin Manugistique to deliver 50 ATT-V4 and 50 power packs.

Pelindo III has been building the $144m port terminal since 2010; the new terminal is expected to increase the port’s capacity from current 1.5 million teu to 3.5 million teu.